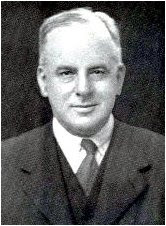 A recent review of Anthony Wynne’s The Green Knife by fellow blogger extraordinaire TomCat (who also goes by the alias LastCenturyDetective) seems to have stirred up interest in this long-neglected GAD-era author. “Anthony Wynne” was the pseudonym of physician Robert McNair Wilson, who seems to have obsessed himself with impossible crimes of all sorts, though he never achieved the status of authors like John Dickson Carr or Clayton Rawson. And his book The Toll House Murder shows all too clearly why that is so.

The Toll House Murder begins promisingly, as we learn of the murder of Sir Andrew Burke, the wealthy man in charge of a famous shipping company. The circumstances are bizarre— Sir Andrew walks into a toll house to ask the man in charge to let him through. He re-enters his car and passes through the toll, but after a couple of hundred yards, the car swerves and tips over. As a result, the doors jam and have to be forced open. Sir Andrew is lying inside, stabbed through the heart— but there is no knife in the car, no other passenger, and no footprints anywhere in the snow around the car!


While this initial situation is intriguing, the interest is sucked out of the story pretty rapidly as we meet our cast of characters. And such a memorable bunch they are! I particularly remember… um… actually, I don’t remember anyone at all. This isn’t a joke- I literally don’t remember any of the characters. I don’t even remember the murderer’s name! I just remember what function some faceless cut-outs played in the plot. They have all the personality and charm of cardboard (though, on second thought, that would be an insult to a useful packaging material). I just finished reading the book not 10 minutes ago. That’s a bad sign.

And thus we get another problem with this book: while the plot may be interesting, it is so poorly paced that any interest is quickly removed. After the initial murder, we get about 70 pages where nothing happens. After this, we get a murder, and a few pages later an attempted murder. Nothing happens for another 70 pages or so, after which we get another murder, and, a few pages later, another murder. Nothing much happens for 30 pages or so until the detective, Dr. Hailey, pulls a new plot thread out of his hat for no reason at all and goes to explore it, thus proving his omniscience once and for all. By the end, I wasn’t even interested in the plot. I was just frustrated and trying to get through a tiresome work.

“Tiresome” describes the writing well. Wynne’s writing style is a real chore to struggle through, and I’m just happy to be alive right now. At best, his characters behave like second-rate actors performing a second-rate Victorian melodrama, and they have a tendency to monologue about nothing in particular. For instance, after Dr. Hailey brings up a new plot thread out of nowhere, we are treated to this lovely monologue from the wife of a dead man:

"He died for us!" she exclaimed in a voice in which ecstasy and revenge were mingled. "He laid down his life for us. Oh, sir, he was a good man and a fine one. Listen, the night before he died he talked a long while with our boy. John told him to go straight and tell the truth and love his mother. There were tears in his eyes, believe me, sir. Oh, sir, I didn't know then that the medicine was beginning to take effect on him. 'You're tired, John,' I said. But he wouldn't have it. He got up, after the boy went to bed, and walked about the room. Like he used to walk on his bridge. 'It's been a hard fight," he said, 'but I've won. And I want you to know that, my girl. I'm a happy man this night and I haven't known happiness for years.'” 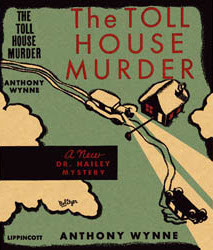 That monologue treats us to much of the flaws in this book: melodramatic monologues no living human would ever spout, tiresome clichés at every corner, and (worst of all) a complete lack of any sense of humour whatsoever. More than that: there’s no individuality or personality in this work. It feels like a robot wrote this, or perhaps it was all recycled from other works. Either way, the writing is coldly impersonal and unpleasant—you don’t get any sense of the author’s personality at all. Reading more than one Wynne per month is most likely hazardous to your health.

Incidentally, there is more than one impossible crime involved—there are two. The second is pretty quickly explained, though, and very obvious from the start. A policeman is randomly murdered out of nowhere in front of Dr. Hailey’s eyes. He went outside to see if it was snowing and had the back of his skull crushed in by a heavy instrument— the blow was so heavy that it glanced off his skull and smashed into the wall, destroying the brickwork. But there were no footprints whatsoever in the snow.  The melodrama is milked to the extreme:

He came to the room. At the sight of the body on the floor he drew back with a cry of dismay.
“Poor old George.”
He bent down and looked at the shattered head. When he rose again the blood was pale in his face.
“If I have to spend the rest of my life doing it, sir,” he exclaimed, “I’ll find the swine who has done this. One of the best lads in the force.” He added: “This time, anyhow, the snow will tell us something.”

Whoah, someone recovered from his shock quickly! You might as well have replaced that last sentence with “What’s for dinner?” Oh, and by the way, you never found out what the dead police officer’s name was until he was killed. Gotta love that character depth. The explanation for the impossible crime, as I said, is obvious, but it also doesn’t seem to make sense. I can’t go into details here, but even though physics and I are notorious enemies, my knowledge of it is enough to make me seriously question the mechanics of the murder. Wynne’s explanation was unclear about a point or else his killer just got extremely lucky. Possibly both.

Which brings me full circle to the first murder— of all the cheek! This killer is the luckiest son-of-a-gun since the culprit in Seeing is Believing! The solution is technically fair, and yet I don’t whatsoever recall the key piece of evidence that clinches the method. In fact, a far simpler variation is proposed just pages before, and is rejected by the detective. Why? I’ll reconstruct the reason with some dialogue:

Oh, come on! How lazy can you get? Give us an actual reason! I’m sick of detectives who can pick and choose their deductions at will—if you’re going to reject an alternative hypothesis, give us a reason! (This, by the way, is a major strength of R. Austin Freeman’s The Eye of Osiris— Dr. Thorndyke never just says “Because I said so”, he explains all his deductions thoroughly. Though sometimes they might get long-winded, it’s overall far more satisfying an approach that this one.)

To sum up, The Toll House Murder is a chore to get through. The author has no discernible sense of humour or personality, and the writing style is just atrocious. The impossible crimes have their points of interest, but are overall major disappointments, making this book a certain entry in the Hall of Shame of books I’ve read this year. By the end, it got overbearingly tiresome. Why didn’t Wynne achieve the popularity of Carr? This book is a textbook illustration. It really says a lot about an author’s writing style when I can honestly say it left me pining for some Freeman Wills Crofts. Crofts’ writing, at the very least, was entertaining.