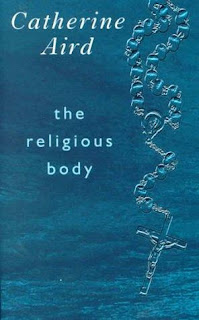 Earlier this year, I made my first acquaintance with Catherine Aird by reading His Burial Too. Although I expressed genuine enthusiasm for the locked-room situation and its resolution (which contains a very good trick at its core), I thought the book suffered from a poor sense of pacing, with a second act that dragged interminably on as the detectives investigated trails that were all-too-obviously dead ends. I had hopes that The Religious Body would be an improvement— the plot sounded like a riot and Aird showed an excellent sense of humour that could make such a story enjoyable. The result was not quite what I expected, though…
The Religious Body opens in the Convent of St. Anselm. One of the nuns, Sister Anne, is nowhere to be found, until somebody stumbles over her body at the foot of the cellar stairs. C. D. Sloan arrives with Constable Crosby in tow to investigate, and he decides that all this just doesn’t add up. Eventually, he decides Sister Anne was murdered, and begins to try finding the killer.
The plot begins promisingly and carries through on its promise for about half the book. We even see a priest get sucked into the action, doing some amateur sleuthing and giving the coppers some tips here and there. Unfortunately, at about the halfway mark, Aird seems to lose interest in the book. The central fascination I 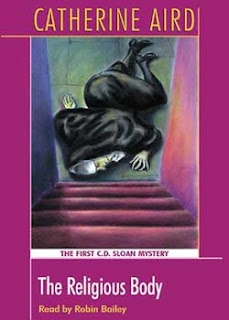 have with the idea of murder in a convent is that fundamental paradox. Convents are not places of violence— they are places of peace, and you’d expect a nun to be the last person in the world to actually kill one of her fellow nuns. Aird unfortunately bails out on this angle, introducing the usual, unoriginal, and unexciting motives. (Curiously enough, the TV show CSI: Crime Scene Investigation really jumped the shark for me in a similar episode, where a woman is discovered murdered in a Catholic church, having been crucified. The promising beginning fell apart into a dismal drama involving a priest’s affair with the dead woman, and it permanently turned me off the show.)
This book’s pacing is a general improvement on His Burial Too (although it was written first)— the plot does move a lot quicker. However, the plot itself is extremely problematic. One of the main points that leads Sloan to conclude Sister Anne was murdered is a lack of blood on the cellar steps, which meant the blood clotted and dried somewhere else and thus didn’t fall to the cellar floor when the body was dumped there. At the same time, Aird makes a serious goof by having a major plot thread about one of the nuns getting a bloody thumb-mark, presumably from the un-findable murder weapon. If the blood from the corpse has had enough time to clot, why in heaven’s name would this nun get wet blood on her thumb to make a bloody thumb-mark in a book? (As for the un-findable murder weapon, it’s really a dull and anticlimactic revelation that wasn’t worth the trouble.) 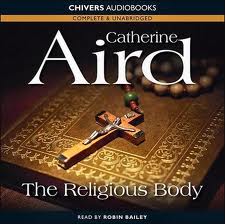 Another major angle involves a group of agricultural students who study next door to the convent. On Guy Fawkes Night, the day after the murder, they burn an effigy of a nun as a practical joke, but the police are informed of this and arrive to douse the flames—only to discover the effigy is wearing a habit that is missing from the convent and is wearing the dead nun’s glasses! This leads to a predictable second murder, but the motive for this second murder is positively laughable and quite vague at the same time. “I can’t be certain of this, sir,” Sloan might as well have apologetically reported to his superior, “but I believe Thomson murdered Thompson because he recognized him that night in the dark, since he hadn’t brushed his teeth.”
The solution, when it finally does arrive, has elements of cleverness to it, but the holes in the story stand out a lot more, which is a genuine shame since the pacing of the book is overall better than that of His Burial Too. Aird shows genuine wit, which makes the book fun enough to follow. Unfortunately, I really can’t recommend the book. It has tremendous promise but really falls completely flat.