Murder has no language barrier 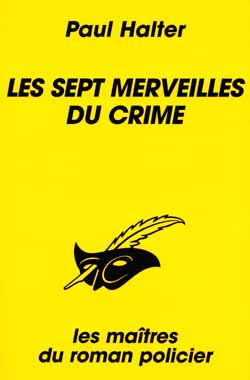 Paul Halter’s 1997 novel Les Sept merveilles du crime (The Seven Wonders of Crime) has now been published in English, thanks to the relentless efforts of translator John Pugmire. It is the second Owen Burns novel to be translated after Le Roi du désordre (The Lord of Misrule) and the third Halter published in English, hot on the heels of his award-winning La Quatrième porte (The Fourth Door).
The Seven Wonders of Crime is centered on a fascinating idea. Owen Burns and Achilles Stock are back in action as a serial killer begins to terrorize the nation. The faceless madman is striking again and again, killing people in apparently impossible ways and all the while patterning his murders on the Seven Wonders of the Ancient World: the Great Pyramid of Cheops, the Hanging Gardens of Babylon, the Temple of Artemis at Ephesus, the Statue of Zeus at Olympia, the Mausoleum of Halicarnassus, the Colossus of Rhodes, and the Lighthouse of Alexandria. It’s an impressive to-do list and the killer is making his job harder by sending taunting messages along to the police, not by handwriting his message or pasting it with various letters from newspapers, but by painting his messages onto canvas. (Naturally, I use “he” to describe the killer merely as a matter of convenience. It could be anyone or anything, so don't take the choice of pronoun as a clue.)
This attracts the attention of Owen Burns, aesthete extraordinaire who loves the concept of beauty and tries to discover the artistic soul behind these murders. For if you consider murder as a fine art, this killer is creating masterpieces! Seven impossible crimes, and the messages sent to the police in advance contain coded clues…
But perhaps it’s a bit misleading to speak of all the crimes as impossibilities. The fifth murder never struck me as impossible, and the impossibility involved in the last murder is not the murder itself. Nevertheless, these are some really creative scenarios. Let’s take the first murder for instance: that of a lighthouse keeper as a storm is raging outside, cutting him off from the world. Suddenly, a scream sounds in the night: the keeper has burst into flames and is screaming for someone to come and help him. Nobody can come to his aid because the lighthouse is inaccessible. At the first possible moment, police officers go to the lighthouse, where they discover that someone locked the poor man in from the outside, thus eliminating the possibilities of a bizarre suicide or equally-bizarre accident.
Another example of Halter’s creativity in these scenarios can be found in the fourth murder: a certain Major Rhodes is found in his house dead. The house is conveniently surrounded by some earth which proves that nobody left or entered the house. The cause is dehydration, and yet… there is a carafe full of water right by the corpse!!!
I won’t give away the scenarios behind the other murders. These are extremely creative and readers ought to discover them for themselves. Part of this book’s greatest delight is wondering what the next impossibility will be, and just how the killer will be able to fit in the reference to another Wonder. Some of these solutions are top-notch… others are not. Here is my breakdown of the murders: 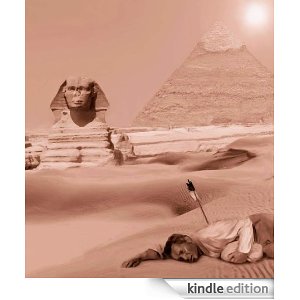 1st Wonder (Death of a Lighthouse Keeper): A very good solution, with one minor reservation: the police really should have done a better job here at the crime scene.
2nd Wonder: An excellent solution. Simple, workable, and fiendishly ingenious. I’m embarrassed not to have spotted this one.
3rd Wonder: Frankly speaking, it’s unremarkable. It’s somewhat clever, but easily solved.
4th Wonder (Death by Dehydration): The most disappointing murder of the book. Not only is it easily solved, but the solution is frankly laughable. It requires mind-boggling stupidity on the part of the victim and I don’t buy it. It’s a shame because it was the most imaginative scenario of the lot, and the disappointment felt is proportional to that.
5th Wonder: This never really struck me as an impossibility. The solution is decent, but it’s the set-up that is flawed here. The situation is so silly that it gets you to doubt the fundamental fact that would make it an impossibility. And yet… there are some really good elements in this set-up, which makes me wish a better set-up was created to accommodate these interesting points.
6th Wonder: The set-up is a classic impossible crime, and the solution is a really elegant one. I came up with a positively brilliant, complex-yet-workable, false theory… only to find out just how completely wrong I was. The irony? I based it on the exact same clue that the true solution relied on.
7th Wonder: The impossibility is not the murder itself, and it feels like Halter’s desperately trying to throw in one final impossibility. As a result, the solution’s a let-down, but the set-up wasn’t nearly as interesting as the others, so I didn’t feel that upset.
To sum up: out of seven crimes, I found three of them top-notch and only one a major disappointment. The others are flawed but have points of interest. As for the killer’s motive behind the killings, we’ve seen it done before, but it’s presented in an intriguing way here, with an odd mix between lunacy and rationality. You can certainly tell why Owen Burns was attracted to the case! However, I was not a huge fan of the way the crimes were explained, divided into seven “lessons” where Owen Burns and one of the characters discuss the crimes. Here, the killer’s identity suddenly becomes obvious, even before the first murder is explained. To this point, there weren’t too many clues pointing to the killer (although the clueing is technically fair), but this format gives the game away pages before it should. The ending, which could have been haunting, loses much of its potential because of this.
Owen Burns is my favourite of Halter’s series characters. He’s the most original and interesting, with a personality inspired by Oscar Wilde. This book gains a lot from his presence. If it were solved by anyone else, I don’t think I’d enjoy this book as much. Burns is obsessed with the idea of art and tries to find it in these crimes. He does a pretty good job, and Halter seems to enjoy writing his character. He can be remarkably straightforward in one sentence and then switch gears into cryptic hints in the very next one. His personality is a fun one: Owen Burns speaks his mind, to the point that he faints during Queen Victoria’s funeral. Not due to grief at the monarch’s passing, but because the flower arrangement at the funeral offended his artistic sensibilities. 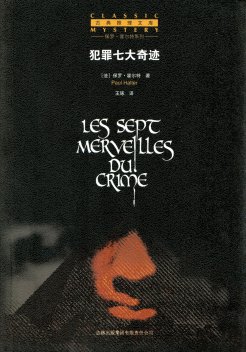 After the Kindle edition appeared on Amazon (a few days after the paperback edition), I bought a copy and I’ve now read through it. The Seven Wonders of Crime is a tough book to translate, and I give translator John Pugmire full marks here. The killer’s cryptic paintings contain cleverly-worded clues that don’t always translate well into English. John Pugmire does a wonderful job of keeping the clues intact while tinkering with the language to make it compatible with English. For instance, in the French edition of the novel, the murdered lighthouse keeper is named Alexandre Riley. In the English translation, he’s renamed Adrian Maxwell. This change ensures that the clue in the first note doesn’t get lost in translation. Overall, I liked the Kindle edition. It’s well-formatted and proof-read. As with any book, there are a few mistakes, but these aren’t distracting. If you don’t want to spend $20 on the book, the Kindle edition provides an excellent alternative.
Overall, The Seven Wonders of Crime is a fascinating read. It’s not quite perfect, failing to deliver on the impossible crime that intrigued me the most. But it is an excellent read and, in my opinion, an improvement on the first book in the Owen Burns series. The plot is fast-paced and fairly-clued (although the clues to the killer’s identity are not quite so good) and the set-up is marvellously intriguing. The impossible crimes that it does right are wonderful, and even the flawed ones have major points of interest. The book gains a lot from Owen Burns’ presence and it’s an entertaining read throughout. It’s an incredible journey through the fascinating imagination of Paul Halter, and I’d recommend it to aficionados of the impossible crime.
John Pugmire, who’s done an excellent job with this book, is currently working on a fourth Paul Halter novel, The Demon of Dartmoor (original title: Le Diable de Dartmoor), which I read and reviewed earlier this year. I’m excited for this book to appear in English. I was highly enthusiastic about it and I think it’s still my favourite Halter (with The Fourth Door being the main competitor). Ironically, I just got a package on Thursday from Santa Claus—I mean the mailman—which contained the comic-book adaptation that I referred to at the end of that review. Does this mean that I will soon expand into comic book reviews? Stay tuned to find out…