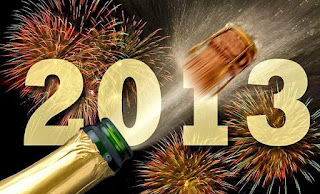 Well, it’s New Years Day today, which means it’s a time for reflections, resolutions, and the like. So today I thought I’d spend some time looking back on the year that was 2012 and giving you all some hints as to what you can expect come 2013.

2012 was an interesting year by any definition. Back in January, I watched and reviewed the second series of Sherlock, one that was far more rewarding and intelligent, I felt, than the first series. And then to end the month I got to “meet” and interview Paul Halter, an author I’ve long admired. It was a fascinating discussion where I asked M. Halter about his more recent work, work that wasn’t covered in Roland Lacourbe’s excellent interview for the simple reason that so much had yet to be written.

It was also in late January that Ten Little Indians premiered. You may recall it was a ten-parter series of articles looking at the various characters of Agatha Christie’s And Then There Were None, and it carried on until the very end of March.

March was my most productive month, as I posted nearly every day. Celebrating the blog’s first anniversary, I carried out a series of crossover reviews throughout the month with many guests consenting to join me. The reviews ranged from a French inverted mystery novel by author René Reouven to an appearance on Les Blatt’s podcast Classic Mysteries to discuss the Cyril Hare novel Suicide Excepted. It was an elaborate celebration and I can already tell you I haven’t the slightest intention of topping it in 2013 for my two-year anniversary.

So prolific was my March that many reviews trickled into April, which certainly helped make it seem like I was actively reading when I was studying for and writing exams. Then there was an abrupt drop-off in terms of quantity. I got myself hired for the summer in Toyota, a very well-paying job but one that is time-consuming and decimated my reading time. I transitioned to reading a lot more from my Kindle and started reviewing Batman short stories in anticipation of the release of The Dark Knight Rises—which I got to see in IMAX at midnight on its release, the very first time I saw a movie so late and also the first time I saw a movie in IMAX. My job also got me to read a lot more of The Mysterious Press’ releases, including the work of David Handler (a new favourite). I was also introduced to the idea of mysteries in comic books, including the superb Watchmen and other interesting experiments such as Spider-Man Noir or The Long Halloween. 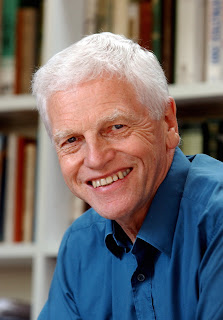 And it was in August that I had the honour of interviewing Peter Lovesey, one of the most talented mystery authors out there. He patiently responded to my seemingly-endless stream of questions and his answers were always thoughtful and polite.

I got back to a somewhat-more-regular reading schedule in September, but a last-minute decision to paint the rooms downstairs while my parents were away restricted much of my reading material to audiobooks and seriously delayed my ability to write reviews for much of the month, but come October my post count once again became respectable, if not as prolific as it was before the summer. The rest of the year was more-or-less straightforward reading, with plenty of memorable books which I recapped in my annual “Year in Review” lists.

So, what can you expect in 2013??? I’ve got a few things cooking. Although I haven’t joined up in any official challenges, I can give you all a slight taste of what you can expect for 2013:

·  I will definitely be reviewing The Raven, a 2012 horror film that speculated about the last days of Edgar Allan Poe’s life. 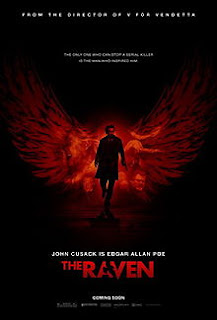 ·  You can expect a full review of Books to Die For, a collection of essays that could be nominated for an Edgar Award, but is highly problematic in several ways.
·  I’ll be continuing to review Batman short stories, albeit in lower doses than over the summer – I’m still trying to get past that overdose.
·  If I don’t get to Patricia Moyes in 2013, everyone reading this has my permission to kick me.
·  Ditto for L’Été Meurtrier (The Deadly Summer) by Sebastien Japrisot.
·  Raymond Chandler will return to the blog.
·  I will be reading and reviewing The Pocket Mystery Reader at some point.
·  If I can manage it (you’ll see why I’ve prefixed an “if” in a moment), I will try reading and reviewing the rest of Paul Doherty’s “Canterbury Tales” mysteries.
·  You can expect at least two biographies to be reviewed, both of which I’ve started: Tom Nolan’s Ross Macdonald and Andrew Lycett’s Ian Fleming: The Man Behind James Bond.
·  Crippen and Landru will make some more appearances on this blog.

And finally, in 2013, I will be attempting to perform one major project. I will try to read every James Bond novel and short story collection by Ian Fleming, after reading Andrew Lycett’s biography. I’ll be doing this thanks to new AudioGo editions (available only in the UK, unless you have your methods like I have mine). Collectively entitled “007 Reloaded” it features prolific actors reading James Bond novels—the short story collections have not been released in this series—and then features a brief interview at the end where the narrator talks about his/her experience reading the audiobook. And so we get such people as David Tennant (On Her Majesty’s Secret Service), Kenneth Branagh (The Man With the Golden Gun) and Toby Stephens (From Russia With Love) narrating. My reviews of the novels will conclude with comments on the audiobook recording in question, and possibly brief comments on the film version of the story. If I finish this project early enough in 2013, I might try to move on and “properly” review all the Bond movies, something I’m far more likely to do during the summer if I find employment once again at Toyota. 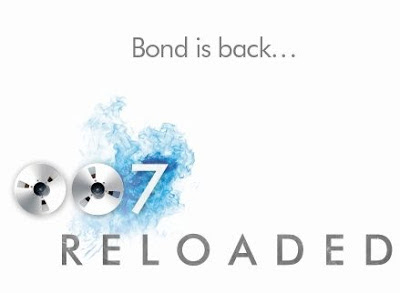 But why on earth would I do this? I have two big reasons. The first is simple: these are brilliant books and I love them to death. (One of my goals for 2013 is to collect all the Bond novels from one publisher, so that I can put them together on my shelf and thus make them look nice and pretty. I’ve almost accomplished this and have only two books to go.) The second: I actually haven’t read all the Bond novels. Back when I read them all, my library lost its copy of You Only Live Twice when I placed a hold on it, and I never got around to reading it. Miraculously, I’ve never seen the film either, so I haven’t the slightest clue what the plot is. I intend to let 007 go out with all guns blazing, and give him a finale worth his salt. Besides, nobody does it better than James Bond.

Sound interesting? I hope so, and if I’ve managed to pique your interest, please join me in 2013!