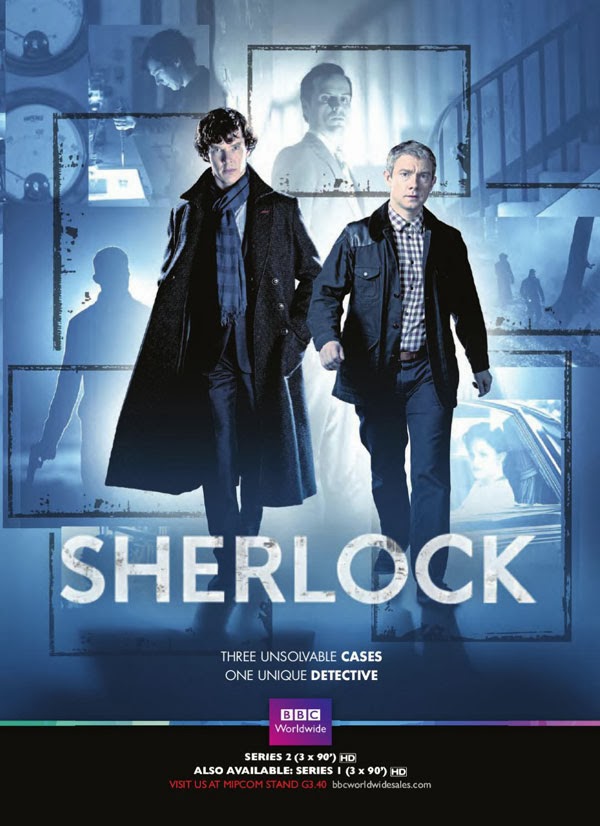 Let’s talk about Sherlock. Why not? It’s March, and season 3 of Sherlock aired nearly two months ago. I’m guessing that just about everyone who is interested has already seen it, and it’s a show that certainly fits in with this blog’s themes. And I have been reading a lot of Sherlock Holmes stories lately – all in the name of science, I assure you. But something was very odd about season 3 of Sherlock. Seasons 1 and 2 generally got praise from both critics and audiences. People called the plotting clever (though I disagree about that, especially in regards to season 1), people loved Benedict Cumberbatch and Martin Freeman, people loved the visual flairs that showcased Sherlock’s deductive prowess, people found the writing witty, and in general, the show was enjoyed by most people.

But something odd happened when season 3 aired. It split viewers right down the middle. Half of the audience absolutely loved what they saw, singing Hosannas to the great Cumberbatch, Freeman, and Moffat as the credits rolled. But the other half of the audience couldn’t stand it, presumably booing and throwing popcorn at the screen. Either way, both of these halves have been very vocal about their like or dislike, whatever the case. For every person who called The Signs of Three the best episode of Sherlock, there was another person only too willing to demonstrate just how that episode turned Sherlock into a complete buffoon. Why all the division? Just where did Sherlock go wrong?

First off, I admit to bias. When Sherlock aired, I watched every episode and I enjoyed myself kind-of-sort-of, but I didn’t get the same kick out of the show like I did in season 2. I enjoyed the weakest episode from that season much more than most of season 3 and it’s taken me a while to figure out why. So (inevitably) this article will be coloured by my own impressions and conclusions. I might even end up sounding extremely negative about Sherlock in this article. Full disclosure: I didn’t hate the show, but I was a tad disappointed by it. Also, a warning: I will indulge in spoilers. Some of my issues with the show are tied in with plot twists that I cannot discuss without revealing them, and I have no intention of veiling my issues with the show in ambiguity. If you have not seen season three and want to be surprised when you get around to it, you might want to tune out now.

So back to business. What’s changed about Sherlock? Let’s start with the plotting. It’s changed radically since the last time around. The plots used to be introduced quickly, and although there were plenty of moments of characterization, the plots themselves were still front-and-centre. For some reason, the plots this time around have taken forever to start. The plot of The Empty Hearse does not properly begin until the 45-minute mark, i.e. halfway through the episode. The Sign of Three appears to be a bunch of meaningless vignettes tied together by a best man speech until the plot finally kicks in after over an hour. The only exception to this is the final episode, His Last Vow, but even there the plot goes totally bonkers after a half hour.

Although the series has gotten plenty of praise for its plotting, I’ve historically been underwhelmed. The strongest plots before season 3 came from Conan Doyle’s stories (A Study in Scarlet and A Scandal in Bohemia). You could roughly tally up an episode with a Conan Doyle story, and the weaker episodes tended to take very few elements from Conan Doyle. But series 3 no longer follows that formula. The cleverest bit of The Empty Hearse is the wordplay of its title, yet the plot takes so little from The Empty House that it meanders all over the place. The Sign of Three takes its title and Mary Morstan from The Sign of Four, but just about nothing else (and I’m not counting brief flashes unrelated to the story at hand as plot elements). His Last Vow begins very strongly as an update of The Adventure of Charles Augustus Milverton, but it loses its way at the half hour mark and meanders around afterwards.

So what has happened to the plots, which were once front-and-centre? I believe the answer can be found in an interview Steven Moffat did about Sherlock’s best man speech: “I remember being a 12-year-old kid thinking, Oh, why didn’t we see Sherlock be the best man? Please, can we see that? That would be the best story in the whole world, and I don’t care if there’s a crime in it or not, because it must have been the best and worst speech of all time!” The emphasis is mine, of course, but I think that “I don’t care if there’s a crime in it or not” is very telling of the creators’ attitude. The crimes are no longer important. They’ve set up their characters and they’ve proven to be popular, and so they seem to be coasting on that popularity. The series, in effect, went into autopilot mode. Sherlock is being wacky because that’s his thing, Watson’s all worried about Sherlock getting too wacky, and that crazy Mrs. Hudson is just too precious for words, isn’t she? The acting continues to be excellent, but the dialogue given to these characters is just terrible stuff and often makes Sherlock come across like a gigantic dick.

The plot is also sacrificed in favour of visual pyrotechnics. I watched in disbelief as Holmes’ “mind palace”, surely the silliest element of season 2, was turned into a major plot element. (Why on earth was the “mind palace” kept, but Holmes’ nicotine patches from season 1 haven’t reappeared, nor has the concept of the three-patch problem, and instead we see Holmes with tobacco in a slipper and pipe cleaners and all that smoking paraphernalia? Guys, make up your mind – either update Holmes’ pipe or don’t update it!) I call the mind palace a plot element, but really, it has become a piece of useless padding. The sequences overstay their welcome. They are all about the visuals and their only purpose is to pad out the episode to a 90 minute length so that viewers don’t realize that there is no plot to fall back on. When Sherlock is shot in His Last Vow, the ensuing mind palace sequence lasts over six minutes – nearly seven –  and added nothing to the plot. What the episode took nearly seven minutes to do could have been done in thirty seconds.

There was also no ingenuity to these plots. The Empty Hearse and The Signs of Three were embarrassingly easy to solve with minimal effort. Meanwhile, His Last Vow pulled a twist out of its derrière before Sherlock kills his opponent. I hate this for many elements. Not only is cold-blooded murder morally reprehensible for such a great defender of justice, it’s also so easy. How many great stories would have gone untold if the hero could simply take a gun out and shoot the villain after twenty minutes? What if Columbo realized that he could never corner this crook, and so to end the episode he just pulled out a gun and shot the guy? The delight of Columbo is seeing how, against all odds, Columbo still gets his man. Some of the cleverest episodes of Columbo involve Columbo getting into a seemingly-hopeless situation. Instead of figuring out a way to defeat his opponent cerebrally, Holmes just pulls out a gun and kills that plot development then and there. It takes no cleverness to do that. Was this Sherlock Holmes or an Arnold Schwarzenegger character? Hell, they even tried to throw in a villain-death-one-liner (though Arnold’s one-liners are much, much funnier). 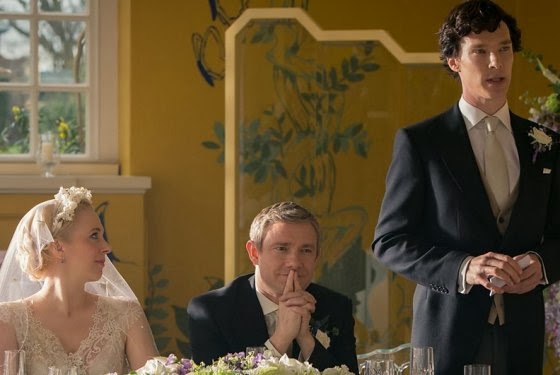 I also have major issues with the twist in the first place. To put it bluntly, it’s idiotic. I know, how can I say that of The Great Steven Moffat? My theory is that Moffat was just too distracted by the Dr. Who anniversary and didn’t come with his best foot forward. This was a weak and unsatisfying plot twist coming out of the blue. To date, the only person whose mind processes have been visualised were Sherlock’s. He is apparently the only one with that idiotic “mind palace”. But no, we haven’t beaten that tired plot device into the ground yet. Let’s overdo it even more, by having another character turn out to have a “mind palace” all of his own! All those shots of him consulting blackmail fodder? Apparently nothing but sheer mind-palacing delusion. But this is not accompanied by the mind-palace pyrotechnics that Sherlock – and briefly, Magnussen, although it’s still not enough to make the twist palatable – has shown. And the mind palace to date has been used only in stressful, high-pressure, there’s-almost-no-time-left scenarios. These appear to be quiet evenings alone. The only reason for this mind palace, then, is to do a twist for the sake of doing a twist. It’s a pretty useless twist if you ask me.

Since I’m criticising the writing, why not just get out and say it – the villains are terribly written. Specifically, Magnussen. The series has made a gigantic misstep with this character. He is silly, impossible to take seriously. He’s over-the-top for no reason other than this is “edgy”. It’s like the writers missed the point of the character of Charles Augustus Milverton. He is outwardly a very pleasant and polite man, but the creepiest thing about him is the sheer insincerity of his jovial exterior. His smiles are more deadly than his leers and threats. He does not need a security detail to accompany him to Baker Street because he knows that Holmes does not dare to do a thing to harm him, and that’s a helluva lot more unnerving than pissing in a fireplace. This was a terribly-written, uninteresting, and non-threatening villain. 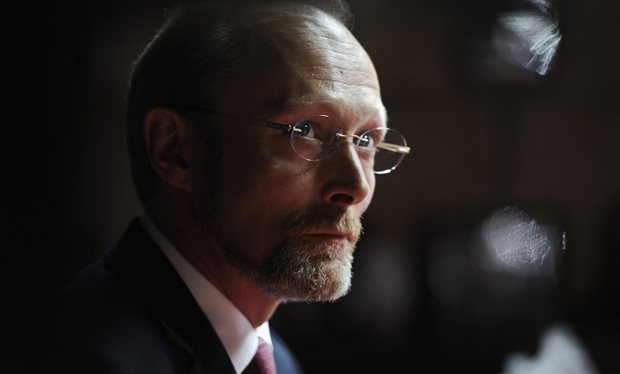 Ironically, I think many of these flaws have been present in the show all along, but by now, the wool has fallen off of many people’s eyes. People are finally starting to see the shoddy plotting, the padding, the bad writing, and that it’s been mostly elevated through the excellent efforts of the actors. Martin Freeman, in my opinion, is the best Dr. Watson of them all. But Sherlock as a whole is no longer taking its cues from Conan Doyle. It seems to have decided that the original Canon was okay, but that this show can survive without it. It’s not even taking cues from Watson’s “untold stories”. Its focus is now on characters, which roughly translates out to “We have run out of ideas, and we have no idea what kind of story we can tell now. We’ve already done some of the really good ones, and that Dr. Who anniversary was keeping us busy, so tell you what, we’ll just wing it.” I sincerely hope that the Dr. Who anniversary is to blame and that the next season of the show can stop with the nonsense that season 3 has introduced. But to be honest, I’ve kind-of stopped actively caring about it, and am only too glad to wait two more years.