Make way for the prince! 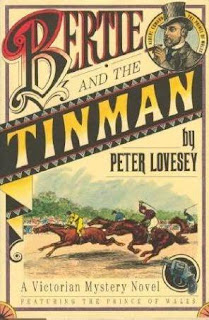 Getting involved in a murder investigation is serious business, especially if one happens to be heir to the throne. Yet that is precisely what Albert Edward, Prince of Wales – Bertie to his friends – does. Moreover, he approaches the challenge of detective work as marvellous fun, though the events he investigates are far from jovial. In fact, they are rather grim, as a famous jockey named Fred Archer (aka the Tinman) suddenly takes his own life with a revolver in the presence of his sister. The man’s final, frantic words were: “Are they coming???”

This mysterious allusion to some mysterious “they” is taken by everyone as part of the dead man’s delusions brought on by typhoid. After all, the poor man had been severely ill that weekend, and it isn’t inconceivable that the malady was typhoid. Yet Bertie is unconvinced—he himself suffered from typhoid, and Archer’s symptoms—or rather, lack of symptoms— seem most unusual. Bertie suspects that the whole thing is a well-intentioned cover-up in order to spare the family further grief.


But if the farce is allowed to continue, someone will get away with murder—perhaps not in the legal sense, but from a moral perspective. Bertie is convinced that Archer was driven to suicide by someone. Was it out of fear? Despair? Who can tell apart from that mysterious “they”? And so, Bertie takes it upon himself to investigate Archer’s death, and his adventures are chronicled by Peter Lovesey in Bertie and the Tinman.

Plot-wise, the book is quite solid, with a plot that twists several times before being satisfactorily explained. All the clues are given. How tricky is it? Well, the experienced reader of detective stories probably won’t be fooled – although to Lovesey’s credit, he does try valiantly to disguise the culprit. At one point I was nearly thrown off the trail when the supposed-clue that turned my eye to the culprit seemed contradicted by a new clue that turned up. Either way, it’s nice to come across an author who can write a genuine mystery and respect the puzzle aspect.

That being said, the great attraction to his mystery is, surprisingly, not the mystery itself but the colour given to it by the historical background. A brief note from the editor informs readers that Lovesey has based his story on real characters and we find out a bit about them. There are no embarrassing historical cameos (“By Jove, Bertie, if you want to find out about detective work, we can visit my ol’ chum Arthur Conan Doyle!” – which would have been a howler of a historical error since we’re in 1886!) or anything like that. The historical colour is simply given through vivid descriptions, the way famous historical figures are described in familiar terms, etc. You can practically see the long-gone past in front of your eyes. 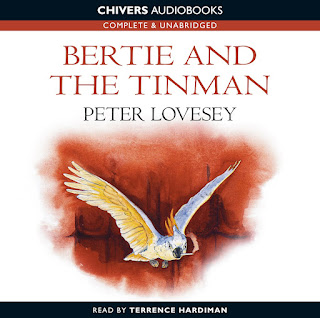 The book’s greatest success, it must be said, is the character of Bertie. He is such a delightfully fun character. He enjoys partying like it’s 1886 and he takes his duties as a detective quite seriously, although he can have fun doing it at times. He’ll carry out a long stake-out just as readily as enjoying the company of a young woman (all strictly in the line of duty, you understand). If you took Sir Henry Merrivale and gave him a royal title, you might very well end up with someone rather like Bertie.

Bertie is what ultimately makes this book work so remarkably well. Without this character, there’s a certain sense of sheer joy and pleasure that would have been lost. The character in addition helps make the historical background ring true, and since he’s our detective for the evening, the mystery would be in a sad state without him as tour guide. Bertie and the Tinman is an enjoyable read overall, but Bertie more or less steals the show.