Scott K. Ratner is no stranger to the blog—last year, I reviewed his wonderful play Kill a Better Mousetrap, a play in which he tackles the curse of Agatha Christie’s The Mousetrap and how the play refuses to go away. Ratner is a very intelligent fellow who has an excellent appreciation for the Golden Age of Detective Fiction, and as a result, the play was an excellent satire and homage to the Queen of Crime (when it could easily have turned spiteful in the wrong hands). Now, Ratner is back with All Talking! All Singing! All Murder!!!, a three act play which has plenty of fun with the conventions of the Golden Age mystery.

What is ATASAM about? Well, it’s a very traditional mystery, in which an incredibly annoying gossip columnist, Cornelia Cram, manages to make enemies left and right and then drops dead. She has been stabbed in the back, and Inspector Roscoe Tennant comes down to investigate the crime. But with so many motives and secrets, who could have done it?

The play was written in collaboration with one Terence Alaric, who is credited for the music and gets a co-credit for the lyrics along with Ratner (who is credited for the “book”). The setting is Santa Monica, and the time is, quite appropriately, 1929. Not only is this the era of the Golden Age mystery, it is also the time when “talkies” began to appear in Hollywood. (The Jazz Singer, often billed as the first “talkie”, was released in 1927, though as anyone who has seen the film knows, it isn’t a full-out “talkie”, relying on silent film techniques as well.) 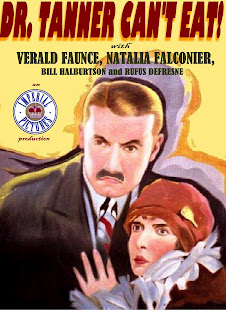 That’s one of the themes of this production; actors can now use sound, and some cannot make the transition. New technologies and film techniques are appearing and this is often addressed in highly amusing ways. For instance, near the beginning, Lily Ellis (an Imperial Pictures starlet) and Irving Applebaum (President of Imperial Pictures) have an argument—Lily thinks that a song would be just right for a sailboat scene in a movie, but Applebaum scoffs at the idea of using it as background accompaniment. “Are you crazy?  The audience will never accept that.  They’ll be confused—they’ll wonder where the music’s coming from.  You can’t just suddenly break into song—” Sure enough, he’s interrupted by a musical number.

Unfortunately, I’m at a major disadvantage here since I have only read the script, and therefore cannot give an honest judgment about the quality of the songs. The lyrics are very clever and have a pleasant tendancy to rhyme, which makes them flow together quite nicely. Particularly clever is a song near the end of act 2, after a major plot revelation, where everyone (including the inspector) joins into the song, speculating about the case and accusing each other left and right. But again, because I’ve only read the lyrics, that’s about all I can say on that front. 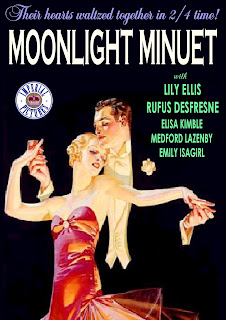 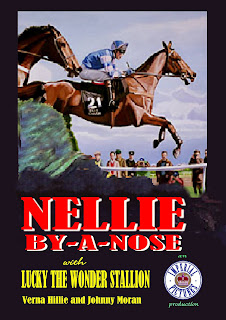 How is the story? In a word, excellent. We have plenty of great ideas from the Golden Age resurfacing, such as the outlandishly comic foreigner with the exaggerated accent. The mystery is a nice piece of work, once again proving that just because you’re writing a satire, that doesn’t mean you have to have a stupid mystery. (I’m looking at you, Evadne Mount!) I am trying to sail around Spoiler Rapids here and not say too much (all while trying to convey my enjoyment of the story), but I think I won’t give anything away by saying that the explanation forms a satisfying conclusion to the mystery.

All Talking! All Singing! All Murder!!! is, in conclusion, a wonderful little play which is a lot of fun. There’s wit in the dialogue and song lyrics and the setting is a fascinating one for me personally—not only are we in the heyday of the Golden Age mystery, we’re also at the point in time that talkies began to appear. The show has fun with all these themes and none of them overshadow the other. The result is one that Nero Wolfe might have called “satisfactory”. (That is, if he got out of his chair and went to see the show. I’m very much afraid we won’t be able to find out what Mr. Wolfe’s opinion is on the matter.)