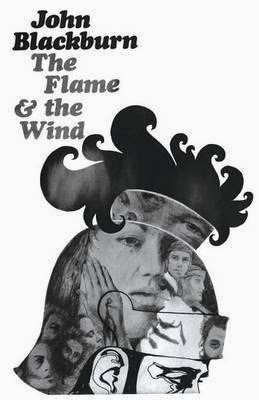 The year is 37 AD, and a young Roman nobleman named Sextus Marcellus Ennius is on a mission. His dying uncle, Pontius Pilate, has charged him with a task, a task he must complete if he wishes to inherit the estate: he is to discover the truth about a criminal who was executed a few years ago under Pilate’s authority. This man was reputed to possess supernatural powers, and his body disappeared after his death, apparently due to his resurrection. This has inspired a bizarre new religion, and Sextus must discover something to discredit its founder, Jesus-bar-Joseph.

So, accompanied by the Greek Freedman Eros Dion, Sextus travels to Jerusalem. There, they discover that Jesus-bar-Joseph’s middle years are virtually unknown. Nobody knows anything about his life from about age 12 to the beginning of his ministry. There can only be one logical conclusion from this: there must be something criminal or humiliating hidden in Jesus-bar-Joseph’s missing years, and Sextus must find it as soon as possible, in order to discredit this new god and laugh him off the face of the earth…

Things get personal when Sextus is attacked by a group of Christians and branded with a crucifix. The hunt is well and truly on, but time is running out. At the moment, this religion is still confined to the Jewish people, but it’s a matter of time before someone offers this bizarre new gospel to the Gentiles… and when that happens, the Roman Empire’s days will be numbered. For this religion is not like any other religion, so easily assimilated into the Empire’s own. It demands faithfulness and obedience to only one God, and refuses to acknowledge the validity of any other gods. Furthermore, it shuns aside all earthly authority as unimportant next to its god. This is very bad for a Roman, for is the Empire not structured in such a way that slaves accept their inferiority and obey their superiors without question? Not only does this religion proclaim the equality of every man, slave or emperor, it promises its followers a blissful reward in heaven, and eternal damnation for those who are not obedient, which makes any mere earthly torture child’s play to endure…

This is the plot of John Blackburn’s The Flame and the Wind, a strange and very interesting historical horror/political thriller about the early days of Christianity, and its spread throughout the Roman Empire like wildfire. It’s easy to interpret this book as Blackburn’s attempt at coming to terms with his childhood and his religious upbringing. Blackburn’s father, Charles Eliel, was a clergyman who by all accounts did some very terrible things to his children in the name of religion. One horrid device, described in the introduction to this book, was a metal object designed to prevent wet dreams, which [not for the squeamish!] “was strapped across the boy’s naked groin at night, and if he had an erection it would clamp down on his penis, thus waking him out of his state of sin”. Yikes!

So what kind of book is The Flame and the Wind? Well, it’s a very fascinating look at the rise of Christianity, paralleled with the ascent of Emperor Caligula to the throne. It is written as though from a Roman perspective, and so to Sextus, Eros Dion, etc. the Christians represent a threat. They preach a gospel that can only unravel the very fabric of the civilised world. As they see it, the collapse of the Roman Empire means a collapse into savagery and barbarism. It must be prevented at all costs. And so the spreading of this gospel is viewed through a horrified lens, a very intriguing perspective upon which to look at this historical period.

However, this does not mean that Christianity itself is bashed or treated with scorn. Indeed, the most intriguing element of the book is just how wide-open things are left in terms of Christianity (although there are shades of The Passover Plot in some of the Romans’ conclusions). The reader is left to decide just who this Jesus was, but the consequences of his religion are undeniable. It slowly seeps through the Empire like a fire, and all the attempts at snuffing this fire out is like a wind that only fans the flames and spreads them further.

It’s not all about religion, though. There is treachery and political intrigue, as Caligula becomes Emperor and very quickly goes insane with power, which has dire consequences. There are plenty of dangers, spies everywhere, much travelling, and even true love. It makes for an excellently-plotted and intriguing narrative.

The characters are also very well developed, especially Sextus himself. I don’t want to give too much away, but there is a very definite character arc with him. Eros Dion and his passionate hatred for Christians are very fascinating, but I also really liked this portrayal of Caligula. It’s genuinely unnerving – a prankster and mischief-maker, he loves to play sadistic tricks and you feel that one wrong word will make him “lose it” and have everyone in sight decapitated.

Overall, I really enjoyed The Flame and the Wind and can highly recommend it. It’s an interesting perspective on Christianity, and admittedly, it might hold a bit more interest for those who are interested in the subject matter to begin with. But in my opinion, it’s a good enough read to intrigue anyone, regardless of their religious convictions: well-plotted and well-written, it kept me eagerly turning the pages until I got to the very last one.