Mirror, Mirror, on the Wall... 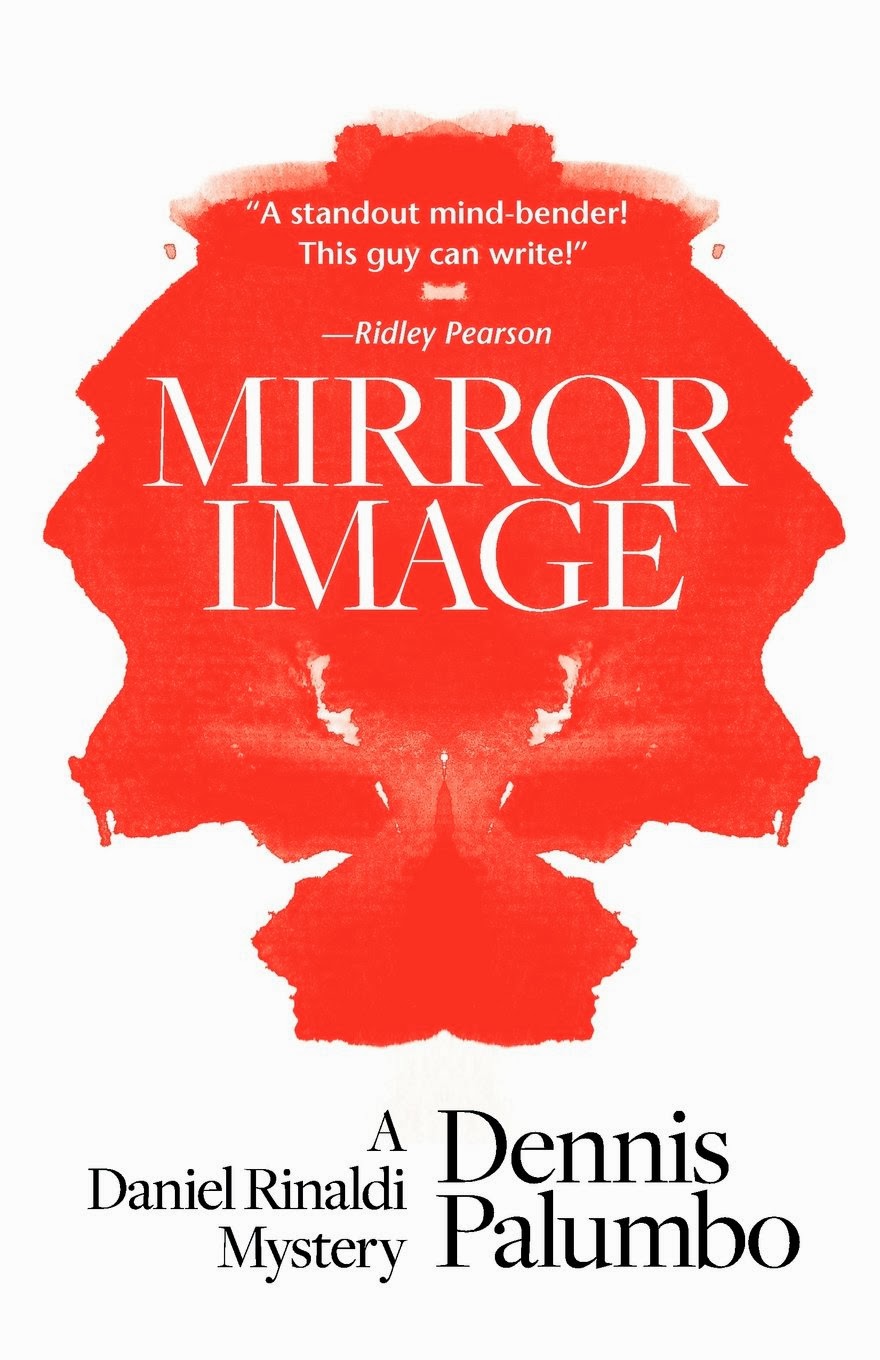 Dennis Palumbo’s novel Mirror Image is the first in a series of books about Dr. Daniel Rinaldi, a psychologist who consults with the Pittsburgh Police. His speciality is dealing with victims of violent crime, those people who’ve lived through a traumatic experience which continues to haunt them in their everyday life. People like Kevin Merrick, a college student who woke up one night to discover he was not alone in his residence, and discovered a burglar. Although the culprit was captured, Kevin continues to have the nightmares and the fears just aren’t going away… but Dr. Rinaldi is making real progress with him and is very hopeful that Kevin will get better…

Unfortunately, after leaving Rinaldi’s office one evening, Kevin gets stabbed. The odd thing is that Kevin had recently begun dressing like Rinaldi, trying to become more like him – growing facial hair, wearing similar clothes, etc. Was the killer after Kevin, or was his intended target Dr. Rinaldi all along? And if it’s the latter, will the killer strike again?

Mirror Image is the debut novel in a series, and if I’ve done my research correctly, it was the author’s first full-length mystery novel. As such it’s rather impressively written. Many scenes which would ordinarily be used as worthless padding turn out to be much more important in the grand scheme of things, and the plot of the novel is important. Don’t get me wrong: characterization is important as well, but your time is not being wasted in the name of character development (too often used as a synonym for “I can’t plot”).

That being said, this novel also shows many of classic first-mystery weaknesses. Although I liked the plot’s importance, the plot itself is a bit obvious to solve – after the first dozen chapters, I was relatively sure who the killer was and who his intended victim was. The more I read, the more convinced I was that I was right, and it pained me to see the Die Hard 2 manoeuvre (in which the hero stupidly trusts the obvious “twist-villain”). (A reminder that I’m using the pronoun formerly known as “he” for convenience, and I could just as easily be referring to a man or a woman here. Or a combination thereof.)

This is not a book for everyone. This is a dark and gritty book. The very first chapter has a nasty description of incestuous activities that took place between Kevin and his sister when he was a young boy. There’s more where that scene came from, but it’s not like it happens in every chapter. All I will say is that there is some positively sickening stuff going on in this book, and it’s supposed to be sickening. It’s also relevant to the plot. If you are able to steel yourself for the more graphic moments, you should be fine.

The characters are well-developed and interesting for the most part, and they avoid most of the clichés the modern writer. Daniel Rinaldi makes for a decent, likable protagonist, and I enjoyed following him around as he pieced this case together. The cops he encounters tend to be on the interesting side as well, and although they can be a little brash, they aren’t sadistic or anything like that. If there’s any weakness in terms of characters, it would be Rinaldi’s fellow professionals, especially one loudmouthed doctor who doesn’t like Rinaldi and is sure to advertise the fact. For some reason or other, they just never seem as interesting or as complex as Rinaldi does.

Looking back at my review, I’ve done a lot of nitpicking here today. It might sound like I didn’t enjoy Mirror Image. But the truth is, I liked it. It was a very solid book, it just has some of the typical problems that a mystery writer encounters on his first go round. The main character is very interesting and likable, and because the story is told through his eyes, it’s a very interesting and enjoyable ride. The plot does go through a lot of twists and turns, and although its ultimate shape is a bit obvious, the journey it took to get there will hold your interest. The only thing that can turn off some readers is the more graphic scenes. You be the judge. If you think you can stomach those elements, this is a solid enough book to warrant a read. If you don’t think it’s a book for you, it might not be. All I can say is that if you approach this book with an open mind, you will likely walk away entertained.