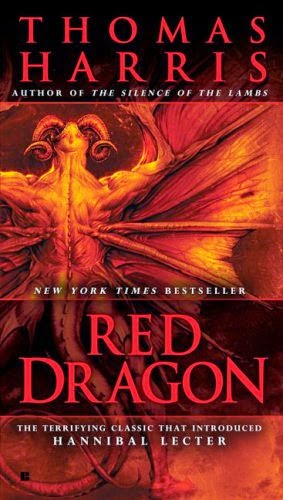 There’s no doubt about it, the killer is a madman. He smashed every single mirror in the home, and then proceeded to murder all the occupants, saving the lady of the house for last. He then committed some unspeakable atrocities, crimes so horrific that if I spelled them out I fear Blogger would censor this post. But the most frightening thing is… this wasn’t his first. “The Tooth Fairy” – so nicknamed by the cops because he bites his victims – has done this before, and if the FBI and Will Graham cannot catch him soon, he will do this again.

In order to catch this maniac, Will Graham turns to another madman he helped put away a few years ago – Dr. Hannibal Lecter: psychiatrist extraordinaire, gourmet chef, serial killer, cannibal… Dr. Lecter is delighted to help an old friend like Will… But whenever “Hannibal the Cannibal” offers his help, you should keep on your toes, because there is often a tremendous price tag attached…

This is the plot of Red Dragon by Thomas Harris, the first Hannibal Lecter novel and the one that came just before its famous sequel, The Silence of the Lambs. As a fan of the Anthony Hopkins film version of The Silence of the Lambs, I feel the other movies in the Hannibal Lecter series suffered from the law of diminishing returns… and then I started watching the TV show Hannibal. (Quite frankly, I thought season one of that show was some of the best television I’ve ever seen, but that’s material for another blog post.) Watching Hannibal, I became irresistibly drawn to Red Dragon, and finally gave in and read the book.

In many ways, Red Dragon is a fascinating book. The character of Will Graham is particularly interesting and compelling. But what’s even more interesting is the serial killer known as the “Tooth Fairy” – Francis Dolarhyde. His reasons for being the monster he is are a bit conventional – typical childhood trauma, probably the dullest part of the book – but the man he is today is fascinating. He’s a scary sort of man, and yet he falls in love with a blind woman and feels genuine tenderness for her. His feelings for this woman tear him apart emotionally, and these scenes make for some of the book’s best moments. 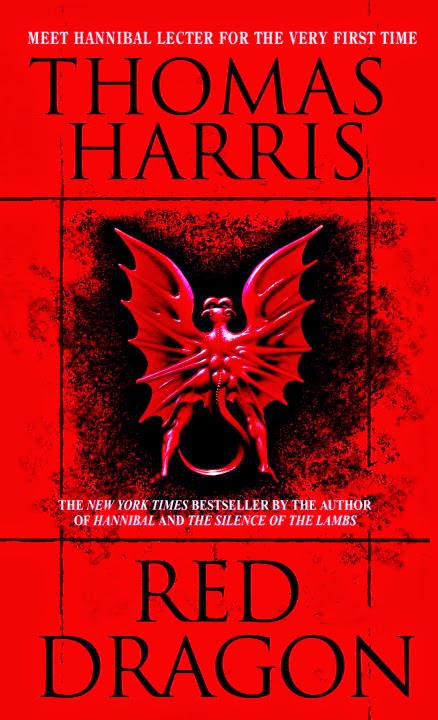 It’s also pretty well plotted. There are some very tense scenes, including one scene of excruciating suspense that turns out to be a false alarm. The violence is hard to take sometimes – the fate of Freddy Lounds is one of the most unpleasant things I’ve ever visualised inside my head, and the grisly details of the crime scenes made me feel queasy at a few points. But the book is not being written for shock value; there is a story, and the author develops it pretty well, with most of the scenes having some sort of relevance in the end.

But surprisingly, Red Dragon doesn’t have that spark, that quality of greatness that I was expecting. Dr. Lecter seems particularly – dare I say it? – boring in this book, barely appearing onstage and having almost no purpose in the proceedings except to hide a plot point and shout out some taunting dialogue at one point. While competently written by a man who put his background as a crime reporter to good use, it’s a book I was able to put down with surprising ease when I had to. I was hoping for a riveting read that I wouldn’t want to put down – what I got was a good, very well-written thriller, but not something that floored me like it was supposed to.

In many ways, I had the most fun reading Red Dragon and seeing where the show Hannibal has taken its inspiration from. The show is clearly made by people who have read and loved Harris’ books – the show is full of ideas and scenes that simply could not be created after a visit to Wikipedia. But as much as I loved the show or the movie version of The Silence of the Lambs, I just didn’t walk away from Red Dragon with the same enthusiasm.

Having read Red Dragon, would I go on to read The Silence of the Lambs? I probably will eventually. Red Dragon is a pretty good book – in many ways, it’s a terrific book. But it didn’t leave me eager to devour more as soon as possible.