Top Ten Mysteries of All Time

Written by Patrick
I’ve been seeing a lot of Top 10 lists lately that have something to do with mysteries. There’s Top Ten Detectives of All-Time, the Top Ten Mysteries Everyone Must Read Before They Die, and of course the Top Ten Ways to Find Top Ten Mystery Lists (you won’t believe number 4!!!). Quite frankly, I find many of these lists stupid, limited, and extremely biased towards modernity and a specific style of writing. And so, dear reader, I propose to save you lots of valuable time by just giving you a typical Top Ten Mysteries list so that you never, ever, ever need to read another one again. 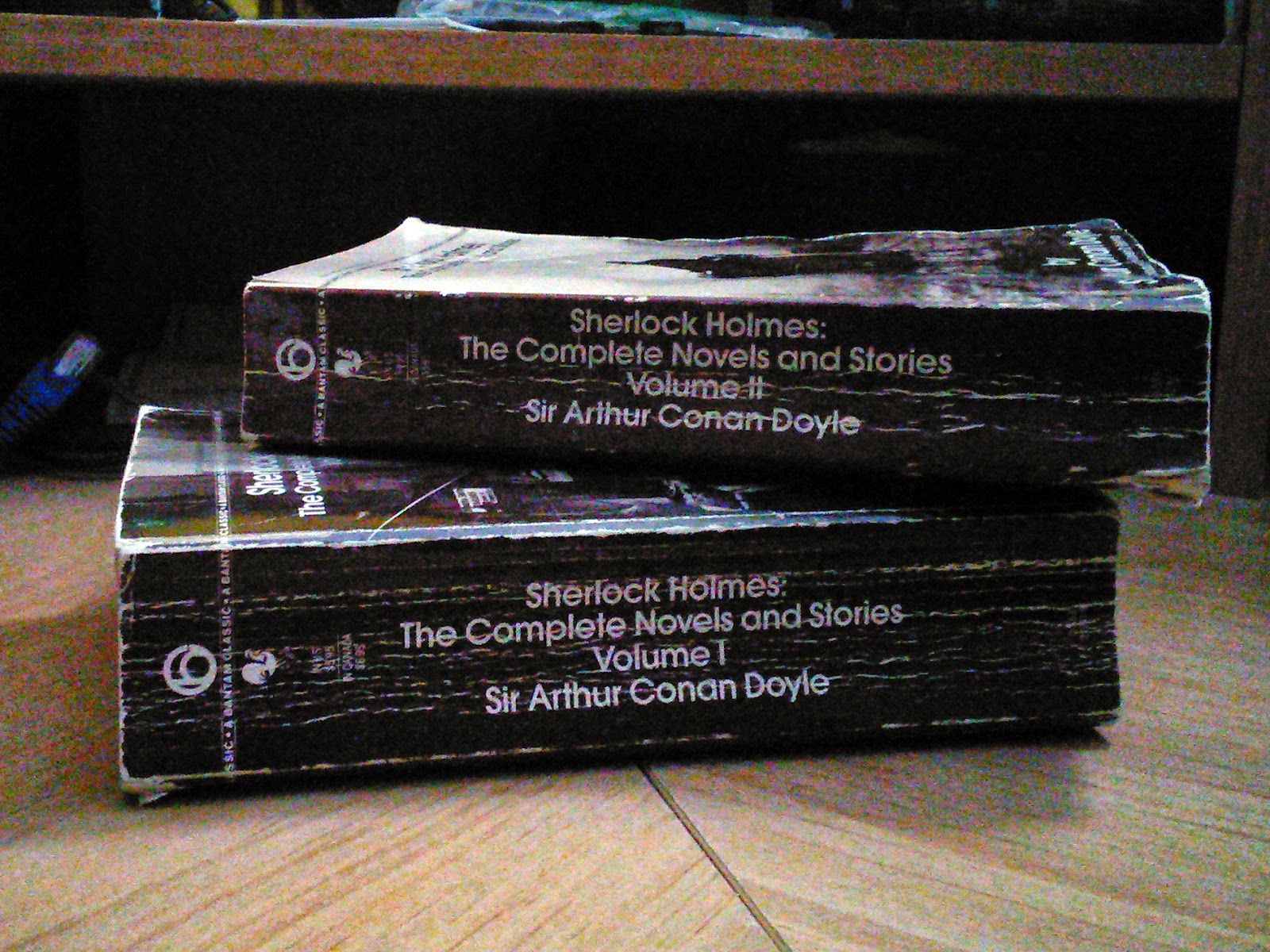 1. The Adventures of Sherlock Holmes by Sir Arthur Conan Doyle
I’ve never read the Sherlock Holmes stories, but they’re popular. Or at least I think they are. I know that this list is supposed to be about the Top Ten novels, but I wouldn’t know that this was a short story collection, nor would I care if I did know. I have seen every episode of Sherlock twenty times, though, and that show is just so brilliant.

2. The Big Sleep by Raymond Chandler
Ray Chandler (who was a great buddy of mine – I always called him Ray) is buckets of genius, or so I’ve heard. He’s the one who does all the metaphors and stuff, right? Anyways, his detective is Phil Marlowe, and bonus points for anyone who mentions “mean streets” when justifying this book’s selection to the Top Ten. Even though this book lacks a cohesive plot, this makes its inclusion all the more important, because as long as we pretend that it’s brilliant in every way, that means mystery writers today don’t need to put any effort whatsoever into coming up with a plot, because that’s how Raymondo did it best. Even though his plotting considerably improves in other books. 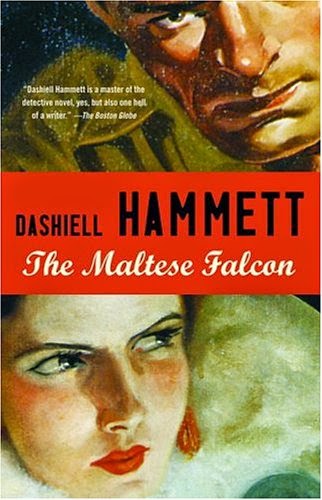 3. The Maltese Falcon, starring Humphrey Bogart, Peter Lorre, and Sydney Greenstreet
I love this movie, and so does everyone else because IMDb. I’ve never read the book, but I have seen the movie, so I will spend this description clearly describing the movie instead of the book and assuming it’s a close enough adaptation that nobody will notice. Brownie points for mentioning Raymondo’s line about the vase and the street, whatever that was. I’d Google it, but that would take effort.

4. Something by Robert B. Parker
Robert B. Parker was all over bestseller lists, so that means he has to be on this list. I’ve never read any of his stuff, so I just have to pick something for the purposes of this list. It’s tricky. Wikipedia doesn’t tell me which of his books is the best one, only that a few of them won awards. I might have to go with Promised Land, which won an Edgar Award (whatever that is), but Early Autumn won a Maltese Falcon Award, and I just mentioned The Maltese Falcon. Screw it, I’ll just go with his first book, The Godwulf Manuscript, because clearly an author’s first book is always their best, and they learn absolutely nothing to improve their writing after writing more books – it just degrades the purity of their prose. 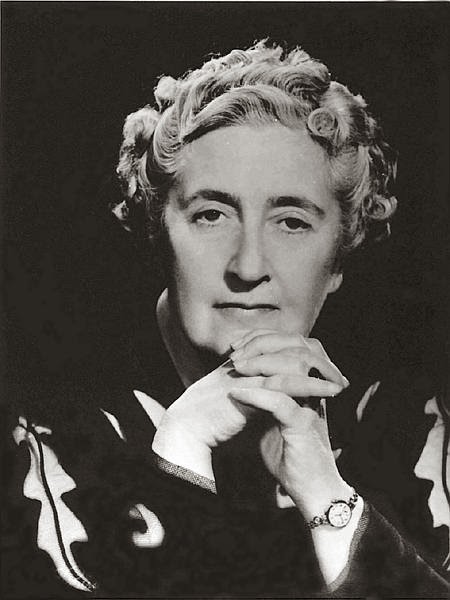 5. A Concession to Agatha Christie
Agatha Christie is silly, of course, and stupid, and useless. But a lot of people have read her books. So a concession has to be made here, because I’m trying to make this list look balanced and reasonable. The Murder of Roger Ackroyd is the most likely candidate, but Murder on the Orient Express has taken this spot before as well.

6. Strangers on a Train by Patricia Highsmith
Never read it, but Highsmith is officially in vogue these days. I assume every word is brilliant and something about the mind of a depraved psychopath. [Add 50 points to your score if you make a connection to Dexter and refer people to your Top Ten People Dexter Kills list!]

7. Anything He Wrote by James Ellroy – but probably L. A. Confidential
The really cool thing about Ellroy is that a lot of his books have become movies, which means I don’t even have to read it to recommend it! L. A. Confidential is a terrific movie, so the book also has to be terrific – probably even better. But I will continue to talk about the movie even though this is supposed to be a list of books. Kevin Spacey was so good in that movie! 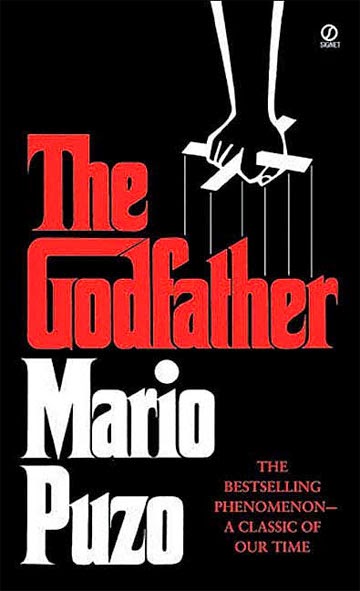 8. The Godfather by Mario Puzo
Really, who has time to read? Especially 500 pages of stuff about gangsters, tomato sauce, and pasta? Not me. I’d much rather just talk about the movie. I thought the movie was boring as hell, but my film class prof told us it was brilliant so that means everyone else likes it. And if I want my list to look credible, I need to have it on here.

9. Random Book from the 90s
Anyone ever read Miss Smilla’s Feeling for Snow? That’s from the 90s, right? Is it good? I sure hope so, because I desperately need this list to be ten books long, or it won’t be a Top Ten list. And who Googles Top Nine lists these days? I really have to start rushing now because my show is about to air.

10. Screw it, just go with something by Dennis Lehane
Mystic River was an awesome movie. So was Shutter Island. So was Gone Baby Gone. That means the books must be awesome as well, even though Lehane’s prose is so wooden and stiff that it makes reading one of his books similar to trying to eat a log. There’s room for interpretation here. If you want to give a big middle finger to detective stories everywhere, go with Shutter Island. If you like Clint Eastwood, go with Mystic River.


Clearly I have exaggerated some things. For one thing, nobody in their right minds would include so many books written before the 1970s. It’s a Top Ten List, not a history lesson. If it can’t be reduced to a meme, it shouldn’t be on here. But you get the gist of it.