A Rant Against the Word "Cozy" 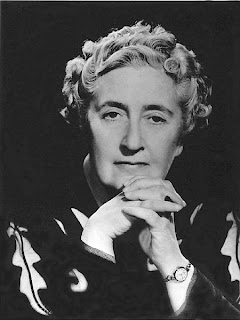 The term “cozy” really rubs me the wrong way. It’s not necessarily the word itself, which describes a niche of the mystery market decently: a book where everyone is nice and polite, the detective has a perfect love relationship, and there are plenty of cats to act as animal sidekicks. What really irks me is how this term is abused and stuck onto books and authors that do not fit the label in the least. As a result of this tomfoolery, many authors are branded with this simplistic and unfair “cozy” label.
Agatha Christie gets the most unfair treatment in this regard. Critics gleefully describe her books as “cozy”, citing her idyllic villages and how order is restored to these idyllic villages after some crime, with life going on as before. (Not to forget the usual snide remark about her upper-class worship.) To this I loudly proclaim: “Bah, humbug!”
It would interest me what would happen if critics of Agatha Christie and her contemporaries actually bothered to read up on the genre before making these sweeping generalisations. Let’s start with Christie’s idyllic villages. First things first: the entire point is that they’re not idyllic. They seem to be just that to an outsider, but beneath the supposedly still waters, there are violent currents. The dotty old Major or that prying old lady can harbour secrets and grudges, and in an Agatha Christie, relationships, personal vendettas, and snobberies in all shapes and sizes can lead to murder. The point is not that “order is restored” and life goes on as usual in the idyllic village after the crime has been solved— the point is that the villages were full of conflict and strife before the crime even occurred. In fact, order is quite often not restored... but more on that later. 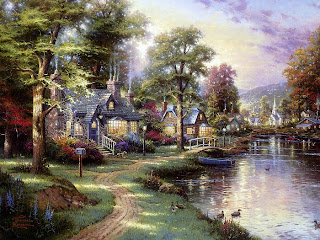 How can it be that nobody notices the satire these villages are filled with? You have the gossipy old ladies who know absolutely everything that goes on in the village moments after it happens— not even the Internet could spread scandal this quickly. This is intended as humour, something many books today seriously lack. When Miss Marple is involved, this aspect sets up her character as a private detective nicely. What about that dotty old Major who keeps talking about his experiences in India? Again, this is intended as a fun poke at just these kinds of figures— Colonel Appleton in The Moving Finger exists solely to corner the main characters every once in a while and start talking about nothing particularly important. (In fact, the recent ITV film version felt the need to have him blow his brains out to bring Miss Marple into the setting, because of course, Miss Marple wouldn’t be caught dead in a village, and all traces of humour must be sucked out to make for an “edgier” and more contemporary adaptation.) 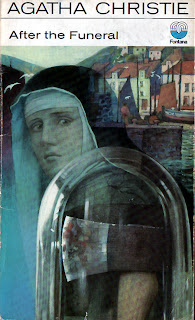 What’s this? Agatha Christie engaged in social commentary, you say? She poked fun at some of the genre’s conventions? There’s genuine tragedy in her books? “Poppycock!”, say critics like P. D. James and Gilbert Adair. Well, it’s true. After the Funeral is a traditional country-house murder, in a way, although the murder doesn’t take place in a country house. Cora Lansquenet was the semi-dotty sister of Richard Abernethie, a rich man who has just died. Cora isn’t the sharpest tool in the shed, and at the funeral, she blurts out how very well everyone is covering things up, because it was murder, wasn’t it? This pokes fun at the convention that no rich man can ever die a natural death in a mystery. But a short time afterwards, Cora is found hacked to death with an axe. This turns everything neatly from satire to horror; Cora was an inoffensive and simple woman, and her brutal murder shocks the reader: who would possibly want to kill her and in such a ruthless way?
The rest of After the Funeral is heavily steeped in social commentary, as the action is concentrated on the country house, where the entire Abernethie clan gather together, including Miss Gilchrist, Aunt Cora’s late companion. We see the interactions of those who were born into money with those who have been deprived of it. There’s genuine tragedy for Miss Gilchrist, who once was an independent woman who had her own tea shop, only to have the war force her out of business. The rich characters are not romanticized, but many of them are shown in particularly unflattering light, particularly Richard’s brother Timothy, who acts like a helpless invalid but could quite easily get up and draw the blinds of a window for himself if he had to. That’s right, Agatha Christie did not romanticize the upper classes.
While I’m at it, let’s blow up another typical Christie myth: her female characters are quite often far stronger than the male ones. Think of male-female duos, like Tommy and Tuppence for instance. Tuppence is the brains of the operation and Tommy does the blundering. Back then, male-female detective teams often worked the other way ‘round (especially when they got popular after The Thin Man): Nick Charles is the detective, but his lovely wife Nora makes for a beautiful and capable assistant. Jeff Troy does the thinkin’ and the investigatin’, but Haila shouldn’t worry her lovely little head about such things. And so on. 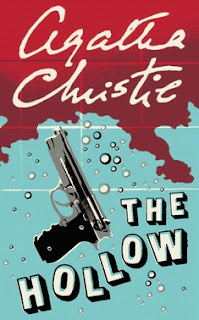 Finally, let’s tackle this nonsense about order being restored to the village after some violent crime, be it murder, robbery, or what you like. The point is, order is not always restored. The Hollow is one of Christie’s most poignantly tragic works, with characters that aren’t altogether good nor altogether evil. Dr. John Christow is a womanizer who cheats on his wife, but he knows that he is doing the wrong thing and tries to stop. The problem is he’s at heart an insecure man who never really knows his own mind, and eventually this tragic flaw leads to his murder. The last time he saw his children, he failed to humour them as his daughter tried telling his fortune with cards. They are left fatherless, and their mother is a very dependant woman who is far from the best mother figure for them despite her genuine love. When you find out what happens to the various characters at the end of the book, you see that order is never restored; moreover, it was never present to begin with. These people all had problems in communicating with each other, and the murder has brought this all to light most clearly. It is a genuine tragedy with no simple resolutions, and you feel that the characters will be affected by the events at The Hollow for a long time to come. 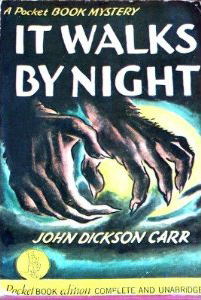 The “cozy” generalisation and label are most unfair towards Agatha Christie, but I draw the line when critics start applying it in nonsensical way to other authors who most certainly are not cozy! The Golden Age mystery is not, by definition, cozy: for instance, J. J. Connington’s Sir Clinton Driffield is cold, methodical, and sarcastic— nothing cozy about him! Freeman Wills Crofts’ Inspector French is a plodding and methodical man, not a dashing aristocrat with a string of potential lovers chasing him. Nobody could possibly mistake Sir Henry Merrivale or Dr. Gideon Fell as a handsome, dashing young man! I could stand here for days continuing this list…
But the following quote (which Curt Evans brought to my attention) chillingly sums up critics’ attitude to the Golden Age, which largely consists of completely false misconceptions about generalisations:
The American writer John Dickson Carr, to the exclusion of all else, wrote variations on the locked-room formula....The locked-room mystery was immensely reassuring for the inter-war reading public, reducing the world, as it did, to self-contained, enclosed, manageable proportions and dimensions. —John Scaggs, Crime Fiction (Routledge, 2005) 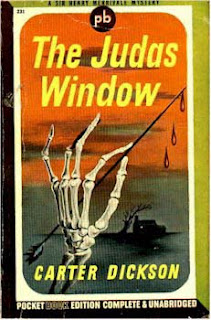 To that, I would say a very rude word, but I will contend myself with resorting to “Baloney!” to get the point across. This is the silliest generalisation about John Dickson Carr I’ve ever heard and makes it quite clear that someone has not done his homework. Carr’s locked-room mysteries are never assuring, and if anyone brings the term “cozy” up, it’s straight to the guillotine for them! The locked room doesn’t reduce the mystery or the world to “manageable” dimensions— it seems to go completely against the world’s ways, which is what makes it so disturbing! Killers in John Dickson Carr sidestep gravity, locked doors, rooms sealed with tape, crypts that are sealed off with concrete, locked rooms at the top of an inaccessible tower… The list goes on! These deaths are disturbing because the reader gets the feeling that nothing can possibly keep someone safe— the victims are never safe, even with an entourage of policemen, locked doors, barred windows, etc. Carr also suggested that the universe is irrational at heart, suggesting that werewolves, vampires, witches, or ghosts are at the bottom of the crime until the last possible moment. And of course, Carr wrote many, many books that do not include an impossible crime. The Emperor’s Snuff-Box is one, and one of his finest. There are plenty others.
So, to academics and mystery critics everywhere: do your homework. Absorb yourself in an Agatha Christie! Read a book by John Rhode! Devour a Carter Dickson! Wolf down some Henry Wade! Cogitate on J. J. Connington! Read up on the genre and its evolution not through Wikipedia articles or Billy Bob’s Mystery Website, but through the books that were published at the time; only once you’ve got an appreciation of these neglected authors down, try to write about the Golden Age Mystery. Don’t exclude the richness that can be found in the genre in order to sing Hosannahs to the Crime Queens and no one else. P. D. James might be a mystery writer herself, but she’s got the wrong end of the stick about Agatha Christie. Don’t buy into this worshipful cult that has formed around figures like James.
And above all, never use that blasphemous and entirely untrue generalisation that I despise— that wretched term “cozy”…