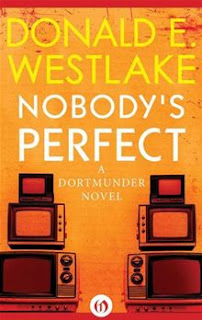 It was supposed to be an easy score. After all, Dortmunder had an inside man: the owner of the painting wanted him to steal it. The client, a rich guy named Arnold Chauncey, needed the insurance money badly… but he had already pulled off such a trick once before, so this time the burglary needed to be authentic. But at the same time he wanted to keep the painting. And so when Dortmunder is caught stealing televisions, a high-profile attorney, J. Radcliffe Stonewiler, suddenly shows up to save the day, reinterpreting the case completely and getting the judge to clear Dortmunder’s name. Turns out Stonewiler wasn’t sent by God but by Chauncey, and the price of this favour is Dortmunder’s compliance on the art theft.

And for once the theft goes well! That is, until Dortmunder gets trapped by the elevator… and the security guards turn out to be patrolling areas that were supposed to be left unguarded… and a large mass of Scotsmen are next door at the theatre… Oh, and just to be on the safe side, Chauncey has hired an assassin to kill Dortmunder should he fail to deliver the painting on time. So it’s no wonder that Dortmunder spends some very uncomfortable time when the painting gets lost following a scuffle with the Scotsmen! 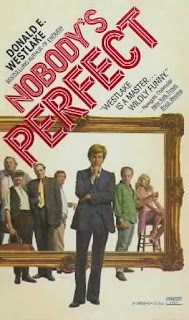 Nobody’s Perfect by Donald E. Westlake is the fourth entry in the Dortmunder series, and although it isn’t as strong as the first three (particularly the brilliantly self-satirical Jimmy the Kid) it’s still a very good read. At one point, Dortmunder and Kelp must travel to jolly old England, and they must wrap their heads around how polite the natives are and how they keep driving on the wrong side of the road and how they have weird traffic lights and so on. Scotland isn’t let off lightly either, as the brawling Scotsmen play a major role in the accidental disappearance of the painting.

The book also introduces us to some new characters, like the crook Tiny, a huge man who likes to tell stories about how he socked this guy or killed that guy or locked some other guy in a safe. The book also scores major points when it brings back Roger Chefwick, my favourite crook of those who appeared in The Hot Rock, the first book in the series. He’s just as polite as ever, although he does snap when someone brings up his recent visit to the cooler… (Or is it the slammer?)

There are some excellent scenes to be found in here: the ones at the bar are extremely fun as usual, and the ones in England are a blast. I absolutely love the moment when we meet up with the same guards Dortmunder outsmarted in Bank Shot. There’s also a brilliant scene when Dortmunder & Co. attempt to get rid of Dortmunder’s assassin and swindle Chauncey out of his money. Their plan is just wonderful, and it’s such a shame that it is foiled by the blinkin’ awful cussedness of things in general. It seems to be a common occurrence in Dortmunder’s world. 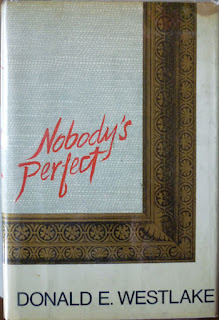 But despite the brilliant scenes, they don’t seem to be tied in quite as neatly as they have been in other books. The plot is plenty of fun and extremely twisted but for some reason it doesn’t always seem to flow together as nicely as it should. I can’t quite put my finger on it, but it’s only to be expected. You can’t write only masterpieces—the first three books in this series were absolutely brilliant, and this fourth entry is very good. Is there anything wrong with that? Not in the least.

As with previous books in the series, I cannot recommend MysteriousPress.com highly enough. These folks have brought the Dortmunder series into the world of e-books and if you want a good chuckle on an otherwise-glum day, you can do no better than to pop over to their website and look up Donald E. Westlake. Just like its predecessor, The Mysterious Press, the e-books are of high quality with excellent editing and proofreading. You can find a copy of Nobody’s Perfect at the Kindle Store at this link, and other formats are also available—you can find them all here.