The Doctor is Out 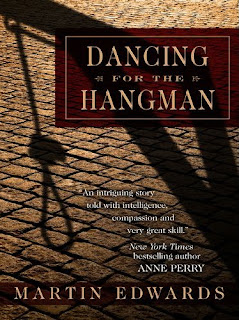 It wasn’t exactly my intention, but I seem to have accidentally made this week an unofficial “Crippen Week” with my literary choices. I started off the week by reading Peter Lovesey’s excellent The False Inspector Dew, and from there I moved on to Martin Edwards’ Dancing for the Hangman. After the excellent All The Lonely People, I was eager to try another one of the author’s books, and I had already purchased Dancing for the Hangman. So the choice was fairly simple.

The book is a retelling of the story of Dr. H. H. Crippen, a notorious murderer hanged in England in 1910. A fascinating idea, that, and it immediately convinced me to buy the book. But I wasn’t quite sure what I was about to get myself into. Was this going to be a work of non-fiction—a laborious reconstruction of the case with Edwards’ personal theory as to the solution? Or was this going to be a cheerfully fictitious work that invented a wild theory in which Crippen was the victim of a conspiracy? The product descriptions didn’t quite help, so I asked Martin Edwards himself. Here is his reply:

" [It] was conceived as a novel about the character of Crippen that remains true to the established facts, as I understand them, but tries to make psychological sense of them so as to explain the various paradoxes of the case. It's meant to be psychologically plausible, but of course since nobody knows what actually happened, I don't claim this as a definitive interpretation of the case."


Now that just intrigued me even more. Those who know anything about the Crippen case will realize just how strange and riddled with paradoxes it is. For the purposes of brevity, let’s just assume that he was guilty. In disposing of the body, Crippen brilliantly got rid of the most incriminating portions… and then he goes and clumsily hides the rest of the body in his cellar? For that matter, after satisfying Inspector Dew that he was innocent of any wrongdoing, why on earth did Crippen flee the country and immediately awaken suspicions, causing his house to be searched until the body was found? 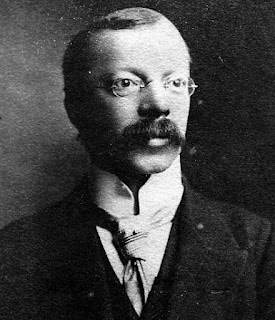 And so Martin Edwards tackles the character of Crippen and the murder case. It makes for some excellent reading. The key to the book’s success is the central character of Crippen. He’s a fairly complex character and that is, I suppose, why I enjoyed the book so much. I’ll admit he is not the most sympathetic narrator I’ve come across. This is a man who abandoned his son at an early age. When his wife dies he gets his lover to move in as soon as he hides the corpse. And although Crippen protests that he did not murder his wife, it requires some circular logic to accept his claim. But at the same time, he truly suffered at the hands of his sadistic shrew of a wife, and if anyone has ever deserved to be murdered, you feel she was the one. Yet you can also see why Crippen married her in the first place, and you can sort of understand the way his mind works: an odd mixture of worldliness and the naiveté inspired by the dime novels or “penny dreadfuls” that he loves to devour.

I very much liked the way Edwards portrays the romance between Crippen and Ethel le Neve, as two star-crossed lovers who can never get a lucky hand from Fate. He takes his time in building up these characters and so everything seems to slowly build up to that ill-fated decision to run off together. It’s one of the best elements in the book and it does give a plausible reason for Crippen to have run off so suspiciously.

However, to be nitpicky on this angle, I do have a problem with a bit of a silly scene when Crippen and his beloved “marry” each other in a grotesque parody of the sacrament of marriage. They use the same words the sacrament does and then gaze lovingly at one another, while Crippen-the-narrator protests that it wasn’t parody but true love. To use a musical metaphor, the moment is like a botched chord in the otherwise excellent sonata that is the Crippen/Le Neve romance.

One final nitpick: for my tastes, the book spends a bit too much time at one point focusing on Crippen’s sex life. Although the author mercifully never turns this into “adult literature” (once again, a very insincere thank you to William Hjortsberg), Crippen has so much sex at one point in the book that I myself felt exhausted just reading about it! However, we soon enough move on to more interesting things about the Crippen case. 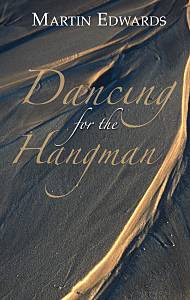 The book does a fine job getting you to care for the characters— when Crippen is about to commit a fatal blunder, he explains his reasoning, but you don’t get annoyed with a character’s stupidity. Instead, you feel like shouting out a word of warning, even though you know there’s no way he could hear your voice, filtered through the sands of time.

Despite my nitpicks, Dancing for the Hangman remains a fascinating read. Although I don’t agree with Crippen when he claims he’s innocent of the murder, there was so much provocation from his wife that I’m somewhat surprised he didn’t murder her 100 pages earlier in the story. But the book succeeds because it portrays Crippen as a flawed, complex figure; it takes time in building up his romance with Ethel le Neve and it also slowly builds up to his wife’s death. This approach makes the characters more engaging and so when Fate deals its wicked blow, it feels that much more real to you, the reader. It’s very different from my usual fare but I enjoyed reading it very much. Although there were some nitpicks, they were only nitpicks after all. This is still a very interesting read and I recommend it to those who are fascinated by the Crippen case.