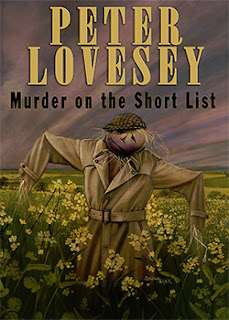 However, as my readers can testify, I’m infernally lazy. There’s quite a few short stories to be found in this collection, but they can be rather short, and it’s difficult to describe them in detail without giving something major away. So instead, I’ll vaguely describe some of the situations that this short story collection will throw at you. Are you ready? Here goes:

A harp heist gone wrong. A parade of elephants that leads to murder. A hearing aid heist planned and executed by a group of geriatrics. An attempt to seduce Adolf Hitler. A woman about to commit suicide discovers a memorial dedicated to her. Bertie, Prince of Wales, solves a Christmastime murder. Sergeant Cribb catches a Jack-the-Ripper-like murderer. Cold War tensions explode in a high-intensity tennis match at Wimbledon.

As you can probably tell, Peter Lovesey has a lot of fun with these short stories. These are creative little gems, and none of them are thoroughly bad. The two weakest stories are the very last one, starring Rosemary and Thyme, and the shortest story of the bunch, which stops before it has time to properly start. All the others, however, are excellent.

Needle Match, a story about murder on a tennis court, was chosen by the CWA as 2007’s best short story, but I must confess that I found it easily solved, though it didn’t take anything away from the tense tennis scenes. One of the best stories in the bunch is Bertie and the Christmas Tree, which contains one of Lovesey’s best pieces of misdirection with a surprise appearance from a certain famous somebody. Razor Bill is a delightful story starring Sergeant Cribb, who solves a string of murders uncannily like those of Jack the Ripper. 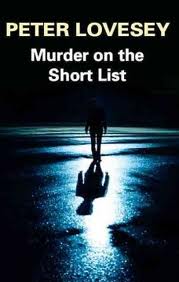 But there’s a tie between two stories as my absolute favourites. The first, Second Strings, involves a gangster’s desperate search for a harp, which is supposed to be a surprise present for his boss’ son. It’s a great story with a wholly unexpected ending in which everything fits neatly into place. The second story, Say That Again, is another delightfully quirky story in which a group of geriatrics get together and steal a bunch of hearing aids. Again, the ending is unexpected and very, very neat. The comedy in both stories is brilliant and is probably why I enjoyed them so much.

As you can see, I have tried to be vague and have omitted a description of all the stories you will find in this collection. It’s because I have no idea how to sum most of them up without giving too much away. If I so much as say “this story had a great twist ending” I will automatically spoil it for the rest of you, because you’ll be busily searching out what twist could be coming instead of reading the story as a story, like I did. This way, although I have used the word “unexpected” to describe the ending, not as much is given away—you see, although the ending is unexpected, it doesn’t mean the culprit is unexpected… (Clever, aren’t I?)

So yes, this short story collection is very worth checking out… and I hope my readers will forgive this extremely sub-par review! But trust me—there is an ulterior motive behind this review! Join me back here tomorrow and you will find out what it is!