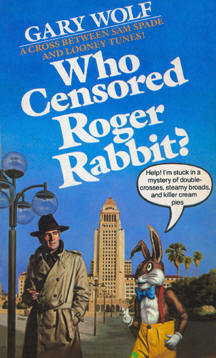 I’m a very big fan of the film Who Framed Roger Rabbit. It’s one of the greatest movies of all time in my book – the visual effects are astounding, even to this day, and it has a love for classic animation and old-time Hollywood that makes it a real pleasure to watch. It also brought characters like Bugs Bunny and Mickey Mouse to the screen together for the first time. And in the midst of all this, the movie manages to be a legitimate mystery with a solid, satisfactory ending. And so I finally decided to acquaint myself with the book that inspired the film version, Who Censored Roger Rabbit? by Gary K. Wolf.

Naturally, because I love the film as much as I do, the book would have a tough act to follow. But I decided to keep an open mind and try to enjoy the ride. Like the movie, the book stars Eddie Valiant, a hardboiled, cynical P.I. He is hired by Roger Rabbit to investigate the DeGreasy brothers. They are the heads of a large cartoon syndicate and have Roger under contract, playing second fiddle to one Baby Herman. But when he signed the contract, Roger was promised his own strip. The DeGreasys now deny ever offering him his own strip and refuse to let him go or sell him off to another syndicate, despite the interest shown in his talents. 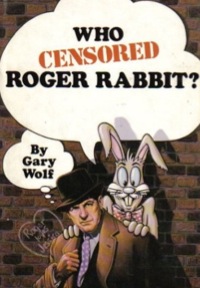 Naturally, death strikes before long and Rocco DeGreasy is murdered. Roger Rabbit is the main suspect, only someone plugged him on that same night as well. When Valiant finds out he decides to find out who killed Roger Rabbit and Rocco DeGreasy and to bring the killer to justice so that his dead client can get his money’s worth. The investigation brings Valiant head-to-head with the world of Toons, as he investigates every lead that comes his way. For instance, did Roger’s wife Jessica have something to do with the bunny’s demise? Was Rocco’s son trying to get a bigger cut of the business? What about the mysterious thief who seems to have been blackmailing Rocco just before the latter’s untimely demise?

Unfortunately – and it breaks my heart to say this – the book is nowhere near as good as the movie adaptation. There are so many problems with the book already, but when you get to the ending all bets are called off. Quite simply put this is the stupidest ending to any mystery I’ve ever read - and yes, I'm including The Act of Roger Murgatroyd when I say this. The author tries to play fair... by never explaining the rules of the game to you. In the last possible moment he pulls an explanation from his rear end: you’ve never had any indication whatsoever that this kind of solution is possible in this universe. So when the ending comes, it comes as a grade-A cheat of stunningly stupid proportions. If I described the ending to you right now, you’d be convinced I was cracking a joke about the book – that’s how bad it is.

Apart from the ending, something about the book constantly seemed off. And then it hit me about half-way through. Eddie Valiant was not a tough P.I., he was trying to be a tough P.I. Something about the language he used was just unconvincing. I couldn’t quite put my finger on it, but he seemed to be spouting one too many wisecracks and trying to play the tough guy in situations that didn’t call for it because that’s how P.I.s are supposed to act, right? Say what you like about Mike Hammer (don’t mind if I do), he was a genuinely tough character and you never doubted it for a second. Eddie just seems to be trying too hard and is unconvincing. 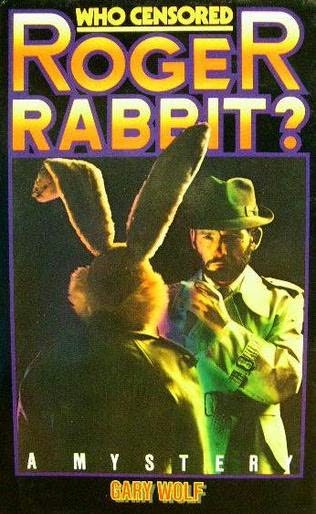 Other plot elements are redundant at best. As I mentioned, the anti-Toon racism is blatantly compared with the racism against black people in the American South. There are human-only and Toon-only bars, and a card game Valiant was winning is broken up because a Toon walked into the room. There’s a big issue that comes up for no reason other than padding when a female Toon breaks into the NFL. These feel like sermons from the author: look how cruel and unnecessary racism is! While it’s a legitimate issue it could have been handled much better. Still, here’s my big problem with the approach: who actually hates cartoons? What child in the world can’t stand the sight of Donald Duck or Mickey Mouse or Bugs Bunny or Porky Pig? What kind of weird society is this where the ending to this book is a plausible scenario, Dick Tracy is idolized as a god, and yet every other Toon is despised? Oh wait, it’s because the plot and the padding require this element.

So overall I cannot recommend this book, especially if you’ve seen and enjoyed the movie. If you love that version, the book does things that are absolutely unforgiveable with the characters. It could even change the way you see the movie in the future, but not in a good way. I’m afraid I really can’t say anything in the book’s favour: I might have given it a cautious recommendation if it hadn’t done that idiotic twist, but that’s what really slammed the final nail into the coffin.