The Grandest Game in the World 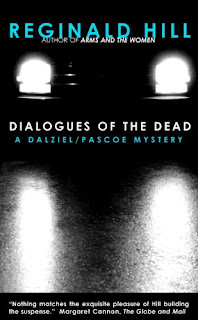 Okay, here’s the situation: some crazed maniac is out there killing people left and right. With victims dropping like dead flies, the murderer leaves taunting messages for the police in the form of a crazed “dialogue”, chock-full of riddles, puns, and clues to the next victim. The press has gone insane over the story and have dubbed this lunatic “the Wordman”, and the chase is on. Sounds just like a mystery from the Golden Age of Detective Fiction, doesn’t it?

But surprisingly enough, this is the plot summary for Dialogues of the Dead by Reginald Hill, a book that was published in 2002. In this book, Hill’s regular detectives (Andy Dalziel and Peter Pascoe) find themselves duelling against the Wordman, a killer who writes stories about his murders after the fact and submits them to a short story competition.


Throughout the book, Reginald Hill puts a major emphasis on games, especially word games. The entire book proudly follows the tradition of “The Grandest Game in the World”. You will find all sorts of games scattered throughout the book, such as the Wordman’s cryptic letters and a brilliant dying message clue. I discovered, to my shock, that as an author you’re actually allowed to have fun in a modern crime novel, all while spinning a complex plot, developing characters, and planting clues all over the place, clearly pointing out the killer to the perceptive reader. However, it will be a very perceptive reader who solves the case before Hill gives you the answer in a final chapter that is darkly humourous. It’s one of the most interesting solutions I’ve come across, not only for the solution but for the manner in which it is explained. 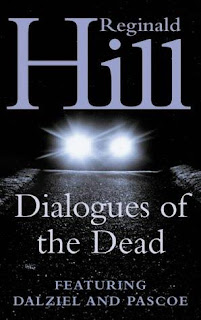 Simply put, Dialogues of the Dead is one of the best recent detective stories I’ve ever read. For ingenuity, the only equivalent I can think of is Paul Halter’s The One-Eyed Tiger (a dazzlingly complex locked-room mystery). But not only is it ingenious, Dialogues of the Dead is brilliantly written. The style is clear and level-headed, and although Hill makes some interesting observations about the world, he never allows philosophical meandering to overtake the plot. The plot is the focus of this one, and although he develops his characters – a young policeman’s romance, for instance, is delightfully written – the hunt for the Wordman takes precedence.

I dare not reveal more about the plot, but I will say that the solution was wonderful. It definitely took me aback; the plot’s complexity is such that few readers will anticipate the ending. It’s refreshing to see this in such a recent novel, and I only hope I can find more like this. If you’re a fan of the Golden Age, you will love this book, and if you’ve never read a book by Reginald Hill, this is a fine place to start. This is undoubtedly a modern masterpiece of detective fiction. Read it and see for yourself.