Written by Patrick
I’m going to cheat in today’s article. When I do my “Top Discoveries” list, it is my time to showcase authors whose work I read for the first time the year before (here, 2013). But much of 2013 was spent by me in revisiting reliable favourites, so that the list of discoveries isn’t as big as it may have been in years past. (Hence only 9 inclusions instead of the usual 10.)

So for the 2013 installment of the “Top Discoveries” article, I’m going to include authors I’ve really come to appreciate in 2013 – if this sounds vague, then don’t worry, it will be clarified soon. I’m also going to cheat by including an author whose work I may have read in the past, but which I honestly can’t recall for 100%. So, without further ado, below are my Top 9 Discoveries of 2013 (in alphabetical order).

George C. Chesbro
Quite simply put, I was captivated by The Beasts of Valhalla, which has made Chesbro a new favourite of mine. The book started as a conventional mystery, but at around the 75-page mark, it did a complete 180 on me. All of my expectations were completely subverted, and it turned into one of the wildest mystery/fantasy/sci-fi epics I’ve ever read. It was terrific entertainment, and rarely was it predictable. I look forward to reading more Chesbro – for one thing, he knew how to come up with awesome-sounding titles. I submit as evidence the following: An Incident at Bloodtide, City of Whispering Stone, Two Songs This Archangel Sings, The Cold Smell of Sacred Stone, Shadow of a Broken Man…

Todd Downing
Todd Downing wormed his way into my heart with two terrific books, The Last Trumpet and Vultures in the Sky. Of the two, Vultures in the Sky had to be my favourite. It was a terrific mystery story. There were clues everywhere that should have made the truth obvious, yet they went unnoticed by my “trained” eye. Red herrings and garden paths of all shapes and sizes abound, and when the truth comes, it’s a stunning revelation. As though that weren’t enough, Downing managed to keep up a menacing atmosphere throughout the book, which helps create tension. As a result, it was a terrific page-turner, with a dénouement so good it makes me eager to read more. I’m in possession of Curt Evans’ book Clues and Corpses: The Detective Fiction and Mystery Criticism of Todd Downing, and I’m partway through it. Let me just say for now that Downing was a most interesting man…

Loren D. Estleman
I’m not a fan of the whole Sherlock Holmes meets Dracula craze, and Estleman is the man responsible for starting it, with his book Sherlock Holmes vs. Dracula. I then went on to read Dr. Jekyll and Mr. Holmes. And the thing that struck me most was just how obviously Estleman loves Sherlock Holmes. I’m in the same boat, and then I (re-)discovered that Estleman wrote the introduction to my well-worn editions of the Canon. (So I may have searched for his work years ago, but I honestly cannot remember one way or the other.) Estleman knows his stuff; he positively nails the voice of Dr. Watson, and he manages to weave Holmes and Watson into two well-known stories of English literature, keeping true to the plots of the original. (There are a few particularly neat moments of incorporation in Sherlock Holmes vs. Dracula, which I spotted by reading Bram Stoker’s novel before Estleman’s, and I can only applaud in congratulations.) I rounded out my 2013 dose of Estleman by plunging into one of his Detroit crime novel, Jitterbug, and discovered it was a well-written, suspenseful serial-killer story. It just makes me admire the man that much more – he can imitate one of the most famous voices in detective fiction, but he can also write in a distinctive voice of his own. I want to read more of Estleman, and I don’t imagine it’ll be long before I indulge myself. 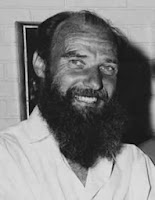 Leonard Holton
When I read Holton’s The Saint Maker, I already knew the solution. (I discuss the reason for this in my review.) I read the book knowing its general direction from the very first page, and at first I was worried that I might not enjoy it because of that. I had no reason to worry. Holton proved himself a masterful writer. His character, Father Bredder, is a remarkable creation, a very human portrayal of a Catholic priest. He has hopes, dreams, fears, worries. He doesn’t always get along with the convent’s Reverend Mother. And yet he strives on, doing all the good he can in a world gone mad. And that includes finding the killer: not to punish him, but to save his soul. [I would like to take this time to remind everyone that my use of him/his is done for convenience. The killer could just as easily be a he, a she, a combination thereof, or the cat that appears somewhere in the back alleys of Chapter Six.]

Harry Stephen Keeler
Who can forget my first-ever visit to the West Side of the Internet? (If you do, then why not revisit my bizarre review of the equally-bizarre The Riddle of the Travelling Skull?) Harry Stephen Keeler was one of my most exciting discoveries of 2013. Keeler quite simply defies all description. The guy was probably cheerfully insane. His stories defy description, and yet there’s a peculiar sort of logic at work in them. Keeler broke free from the shackles of grammar and coherence, realizing that these artificial structures could only inhibit an author’s creativity. His plot threads keep interrupting each other one after another, so that you don’t get a storyline so much as a story avalanche. There’s his penchant for odd names, racial stereotypes, and strange turns of phrase… Simply put, Keeler took me to heights of absurdity I’d never experienced before (and only once since, but not in a good way). As incompetent as he may have been, he was at least enjoying himself, and that made it difficult not to enjoy myself along with him.

Joyce Porter
Dover One was a very entertaining novel. It was extremely funny, and yet it was also a very cleverly-plotted mystery. There are some amiably insane characters like Amy Freel (the busybody who’s read far too many detective stories), and a simply splendid colonel named Colonel Bing (who got the book’s loudest laughs, and whose poodle came in close behind). And every time I was certain I knew what happened, Joyce Porter pulled the rug out from under my feet and left me more puzzled than ever before. It was also refreshing to see the publisher, Bello, end the book with the following statement (instead of editing for the sake of remaining PC): “The book remains true to the original in every way. Some aspects may appear out-of-date to modern readers. Bello makes no apology for this, as to retrospectively change any content would be anachronistic and undermine the authenticity of the original.” Let’s just say I went out and supported the publisher by getting several more of Joyce Porter’s books. Expect her to pop up more often in 2014.

I just realized I did not read any Paul Halter or Charlotte Armstrong novels in 2013. I have no idea how that happened…

Tim Powers
OK, OK, I’m cheating (and it won’t be the last time). On Stranger Tides is not a mystery, and this is supposed to be a mystery blog. Well, my choice to include Tim Powers on this list stems from my genre rebellion which ended 2013, where I went out and read a few books from other genres without apologizing or trying to worm them into a crime fiction niche. And yet this book was as complex as many a mystery I’ve read. It was a delightful experience, full of plot elements that unlocked the safe in which I keep my inner joy. Blackbeard? The Fountain of Youth? Zombie pirates? Voodo? The fine art of resurrection? Please, sign me up now! Well, I was signed up, and I ended up loving the experience.

Mickey Spillane
OK, OK, I confess: I’m cheating again. I have read the work of Mickey Spillane before, so 2013 wasn’t my first exposure to his work. But it was the year in which I read One Lonely Night, a book that caused me to re-evaluate my entire position on Spillane and his importance to the genre. I could write an entire article on this change in my attitude – in fact, I did just that. But the Coles Notes version is this: 2013 was the year when I realized that Mickey Spillane could be an excellent writer, and that he actually went and plotted out his stories, he didn’t just improvise them and hope for the best. My new-found appreciation for Mickey Spillane was easily one of the most unexpected discoveries I made in 2013.

Donald Thomas
Donald Thomas came up with an ingenious premise for The Secret Cases of Sherlock Holmes. It turns out that the Canon was oftentimes fictionalised in order to protect the parties involved (which explains Sir Arthur Conan Doyle’s Watson’s occasional discrepancies in the original Canon). Now that Sherlock Holmes has died, Watson has been entrusted with the great man’s most secret papers, and has fleshed them out into full-fledged adventures, which will be released to the public only years later. This is the first time Watson is finally allowed to write the stories with a free hand, which ingeniously explains away any differences in style. And so, we find out how Sherlock Holmes was behind the scenes investigating some of the most famous crimes of his day. The highlight of the collection – and one of my new favourite pastiches – is a retelling of the adventure of Charles Augustus Milverton, the blackmailer. It forms an ingenious prequel to The Final Problem, and so much is at stake that you can understand why Watson would have largely fictionalised his account of the case. Donald Thomas came up with one of my favourite Sherlockian pastiches of 2013, and I want to read more, find out more about Holmes’ unchronicled adventures. Here’s hoping that more of Dr. Watson’s papers will be headed my way in 2014!

***
Thank you everyone for joining me today. If you enjoyed this article, I hope you will tune in next time for the last of my “Year in Review” series, when I go through my list of the very best reads I came across in 2013. (It’ll follow a format similar to last year’s edition.)