By Chris Chan(WARNING!  MAJOR SPOILERS AHEAD FOR THE MOVIE GONE GIRL!)

In his last post, Patrick discussed the new movie Gone Girl.  A lot of people have a problem with the ending, partly because there is no satisfying sense of justice at the ending.  By “satisfying,” it seems that many viewers are hoping for Oscar Wilde’s definition of fiction, where “the good end happily, the bad end unhappily.”  Personally, I thought that Flynn was being shrewd by ending it where she did in order to set up a sequel in a couple of years.

My main issue with the ending is that it has to be earned.  At the end, Nick Dunn, his lawyer, his sister, and the detective were all thinking that there was nothing they could do to reveal the truth, but that wasn't so.  I kept thinking that this would be a perfect set-up for a Columbo episode.  Think about it.  We've seen the murder happen, and it's set amongst prominent people.  I know it could never happen, but I was wishing that Peter Falk could shuffle into the house and say, "Excuse me, Mrs. Dunn.  I'm very sorry to bother you, but I just havta ask ya a coupla questions..."  Because there are a few points that, as Columbo would say, "just don't add up."

The first point I noticed is the garage full of stuff that was used to paint Nick as a spendthrift.  The point is that most of the stuff in there was brand new.  I can get that a guy who ran through money like water would buy a robot dog and be tired of it in fifteen minutes.  But would the golf clubs be totally unused?  When a man buys a giant television set, he doesn't keep it in the box in the garage.  He has to watch it.  But even so, I thought of the Columbo episode "Framed for Murder" (Spoilers about the solution if you haven't seen it.  Not the killer's identity– you know that right away.  How Columbo proves it.)  Fingerprints.  If Nick shoved everything into the garage, wouldn't his fingerprints be on everything?  Of course, the absence of his fingerprints wouldn't be proof.  Fingerprints disappear over time, but if Amy's fingerprints, or a hair, could be found on some of the items, that would be indicative– how could she have touched them if Nick had bought them and hid them?

Also, remember that Amy racked up a ton of online gambling debts to frame Nick, but she's shown doing that during the day, often when Nick was probably at work or helping his sister at the bar, so he could conceivably have an alibi for some of the gambling.  Onine gambling should leave a digital timestamp.

And the diary... even after it was burned a bit, you could probably test the ink to see if some entries were written five years ago or five days.  Another problem.

Next, there's the hair.  Remember that Amy cut and dyed her hair when she first disappeared, and then cut it some more and dyed it back to the original color at Neil Patrick Harris's character's house.  What happened to the hair?  It would probably be in one of the garbage cans at the house.  If she cut it before she dyed it again, there'd be evidence that it was dyed to "gerbil" shade, and if she dyed it before cutting, there'd be evidence of the double-dying.  And there's the length issue.  With most of Amy's hair cut off in the gas station restroom, where's the rest of the hair?  According to Amy's story, it can't have just disappeared.  If her hair clippings are at Harris’s character’s house, they’d be too short to explain the cutting.  If her old boyfriend took it with him for some weird reason, why wouldn't it be found at any of his other residences?

Next, there’s the blood.  Amy drew a large quantity of blood over time, spread it on the floor, and then cleaned it up, though purposely not very well.  The police have evidence that a lot of Amy’s blood was spilled on the floor– at least a few pints.  If she’d been hit hard enough to leave that kind of blood, where is her wound?  Such a gash would probably have needed stitches, and she doesn’t have that sort of injury or scar.  All that blood couldn’t have come from a nosebleed...

And finally, there's the couple that robbed Amy at the camp site.  It's not clear if Amy told Nick about them, so he might not know to look for them, but think about it.  Do you think that the pair of thieves would pass at the opportunity to blackmail Amy?  They'd see her on TV.  They'd see the opportunity to make a few bucks.  More than a few.

Of course, Flynn might've thought about all of these points, and is planning on incorporating them into the sequel...

Bottom line, Amy’s story just doesn’t add up, and there are enough inconsistencies to raise some eyebrows.  Couldn't you imagine Columbo coming across all of these points to expose what really happened? 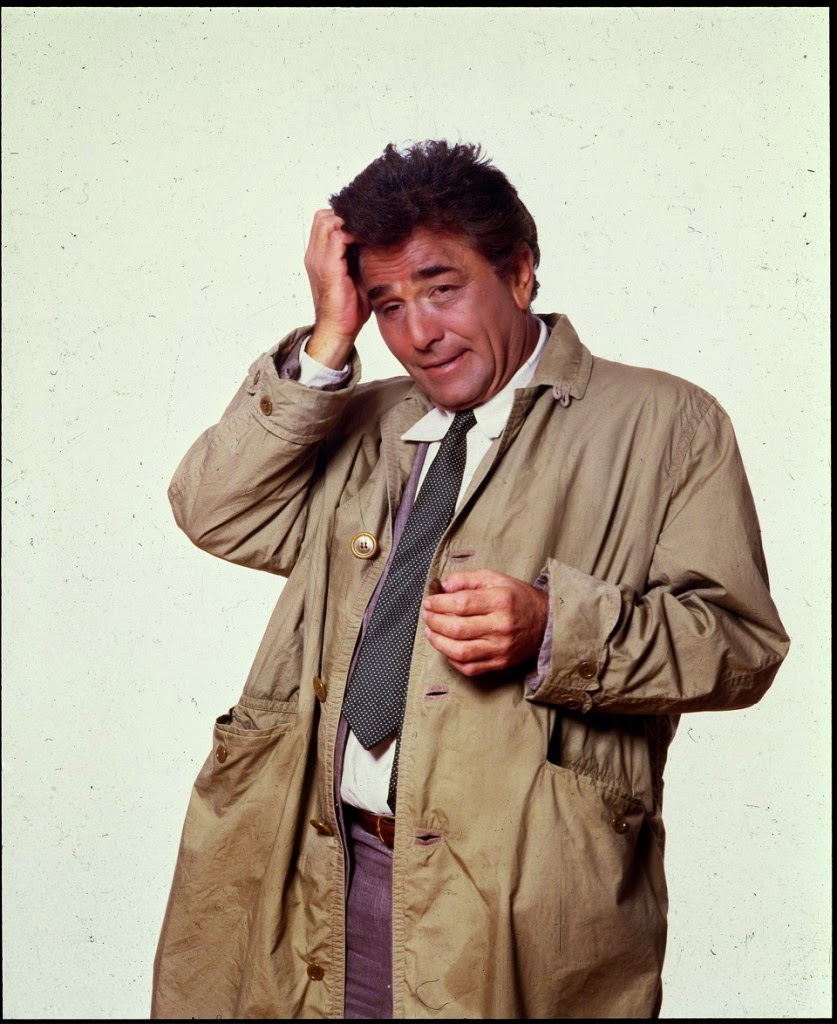