Talking About the Detection Club 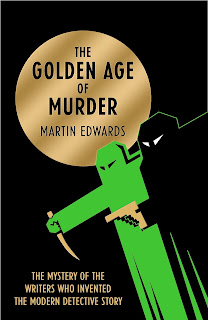 It is often said that the “Golden Age of Detective Fiction” took place in between the two World Wars. For my money, such a characterisation is far too simplified and gives rise to a popular narrative Julian Symons’ Bloody Murder sets out, which treats Golden Age fiction like some freak of nature which popped up between the two world wars because [insert pet sociological theory here]. I cringe whenever this view of the genre’s history is brought up, all too often by authors eagerly assuring you that their stuff transcends all that silly puzzle nonsense and Asks Really Deep Questions [translation: There Is No Plot].

The truth is, the Golden Age was a time of great variety and experimentation within the genre, and The Detection Club was formed in the late 20s in England. The exclusive club gave authors a chance to socialize, and since membership was attained only by secret ballot, it was also a way to ensure the quality of the genre remained high. Martin Edwards’ The Golden Age of Murder looks at the men and women who were members of The Detection Club during the Golden Age. It’s an enormous project, one which might overwhelm a lesser man.

The good news is, it’s a great read. This book is a love letter to the classic books and authors. Martin Edwards has clearly read his stuff and knows a lot about it. He examines the members of the Detection Club and looks at their work and how it reflected their desire to innovate. He talks about people like Agatha Christie and Dorothy L. Sayers, but he also extensively discusses the work of such members as Henry Wade and Anthony Berkeley. 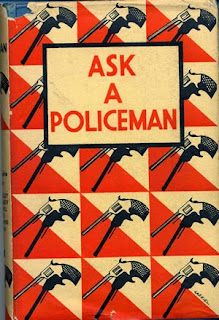 The book is written with enthusiasm, warmth, and humour. Along the way, Martin Edwards debunks several false narratives about the Golden Age. For instance, he denounces the oft-parroted claim that this was a time dominated by “Crime Queens” (i.e. Sayers, Allingham, Christie, Marsh, and Josephine Tey for bonus points). He proclaims such a view as lazy scholarship, and instead takes the time to seriously look at neglected writers such as John Rhode, Freeman Wills Crofts, and John Dickson Carr.

There are limitations to a project like this. Despite the book’s enormous size, Edwards cannot cover everything. His scope requires the omission of some things and the considerable simplification of others. Martin Edwards limits the scope of the “Golden Age” to the period in between the two world wars, but this is likely due to the limitations necessary for the publication of the book. I would personally argue for a view of the Golden Age that extends throughout the 1940s. Another victim of simplification is G. K. Chesterton. A recent biography of Chesterton by Ian Ker ran to 784 pages—I’m still in the process of reading it—whereas The Golden Age of Murder is comparatively slim at a mere 448 pages. I would argue that Chesterton is still well remembered for his spiritual writing, especially in Catholic circles, whereas in the course of the book Edwards claims that he is more remembered for the creation of Father Brown. However, if this is the extent of the criticism I can give the book, I think Martin Edwards has done his job very nicely indeed. (For instance, I was very uncharitable towards P. D. James’ Talking About Detective Fiction.)

I was particularly delighted at all the true-crime scholarship throughout the book. Martin Edwards has done an absolutely brilliant job digging through the true crimes which inspired these writers and some of their plots. There are some familiar cases, such as the Dr. Crippen affair and the Charles Bravo poisoning, but then there are some cases which are much more obscure, such as the death of Cecil Hambrough (which may or may not have been murder), or the murder of Emily Kaye.

I would like to point out one thing: I did not get a review copy in advance. Thus, my Kindle edition was downloaded to my device at midnight on May 7th. As I write this review, it is currently 6:30 PM on May 9th. My point is, I have already finished this 448-page book, and I found it irresistible reading, very hard to put down. Martin Edwards has succeeded in making The Golden Age of Murder a veritable page-turner. So much of his passion for the genre has been transferred to the page that it made for a real pleasure to read.

The Golden Age of Murder is a very good overview of the members of the Detection Club during the Golden Age. Though there are some limitations to this project because of its sheer enormity, Martin Edwards is more than up to the challenge. This is a work of passion, a work which I hope will do much to revise lazy narratives about the history of detective fiction. If you are a casual fan just dipping your toe into the waters of classic mysteries, or if you’re a hard-core fan eager to learn more about how these great writers interacted, this is an accessible page-turner of a book for you.