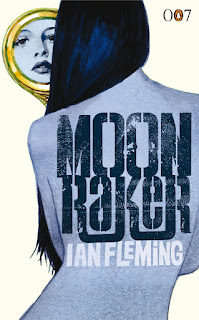 James Bond is looking forward to a bit of a break. Having taken care of the Mr. Big threat, he is relaxing back home in England, living a dull office life and wondering when he might get another summons from his boss, M, to signal the start of another mission. It happens a lot sooner than he bargains for, but M is acting strangely. It turns out that M hasn’t got any mission in mind, but he wants to ask Bond for a personal favour.

You see, M is a member of Blades, an elite club for gentlemen who wish to play cards. Its membership is highly exclusive and prized among the upper classes, and M is one of the club members. Another member is Sir Hugo Drax, the brilliant industrialist who is currently building the Moonraker, a revolutionary rocket that will place any European capital within England’s firing range. He is admired by the people and revered by the media. He also cheats at cards.

In a London that is still run to some extent on the old-boy system, why would Sir Hugo commit the one crime that stings more than any other crime among gentlemen? Why risk his reputation and his club membership in order to win a few card games? M doesn’t know for certain, but if the story falls into the wrong hands, it might mean the end of Drax… and possibly the end of the Moonraker project. M asks Bond to come to Blades and find out how Drax is cheating and to stop him before he destroys himself. 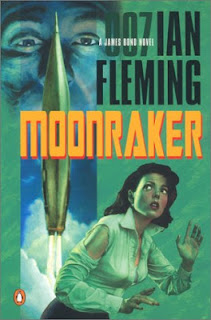 Moonraker is the third James Bond novel, and instead of shipping Bond off to an exotic foreign locale the action is confined entirely to England. Ian Fleming wrote the book with a film adaptation in mind, and consequently this is one of the more ‘cinematic’ Bond adventures. The story lends itself very well to a film adaptation, and several scenes could make for terrific movie sequences, such as a thrilling car chase late in the novel. (Unfortunately, when the time came to make Moonraker, the producers decided not to use any of the story and instead wrote a piece of nonsense that took little more than the book’s title, which is a major shame – but I’ll talk more about it when I get to reviewing the film.)

More interestingly, Moonraker represents one of Fleming’s few attempts to construct a detective story with a twist ending. The mystery is introduced in the second act, when we find out that a mysterious murder has taken place on the Moonraker site. For various reasons, M and Bond conclude that there is a saboteur on the project. But who could it possibly be and what are they planning for the rocket? There are some well-placed clues, but frankly the twist ending is not surprising in the least. That’s why book covers tend to spoil the solution, naming the villain and the Evil Plot in the summary. My edition does this—it’s a new reprint from Thomas & Mercer – but so does every copy I’ve ever come across. I have mixed feelings about it: while it’s a bit of an obvious twist, Fleming seems to realize it. When the villain drops his mask he reveals his true nasty nature and it’s a terrific moment.

Another terrific aspect to this book is the Bond girl. This is a “proper” romance, with just the right amount of tenderness from Bond and independence from the girl, Gala Brand. She resents Bond’s intrusion onto the case, but comes to like him and respect him as a fellow professional. Bond slowly succumbs to her charms as well. They narrowly escape death together and the ending is one of the most satisfying conclusions to any of Bond’s romances.

The conclusion is interesting for several reasons. For one thing, Bond’s actions end up having unexpected consequences, which is all I can say without revealing too much. It’s fascinating to see M having to stretch his muscles and pull his weight around to achieve what is achieved in the end, and then of course there’s that terrific final scene between Bond and Gala. And also, the villain is despatched in a very interesting way. I’m really paddling around Spoiler Rapids here, so I hope you won’t mind if I avoid saying more. If you’ve read the book you should know what I am referring to.

Overall, Moonraker is one of my favourite Bond adventures. It’s got a fantastic premise, but Fleming does some terrific stuff with it and somehow manages to construct a very odd detective story around the premise, although the solution is admittedly rather obvious. Many of the scenes would make for excellent cinematic material, which was Fleming’s intent when writing the book. The quality of the writing is just gorgeous and it really helps when Fleming is building up the romance between Bond and Gala Brand. It’s confined to England but the action is as exciting as ever; truly, nobody does it better than Bond. 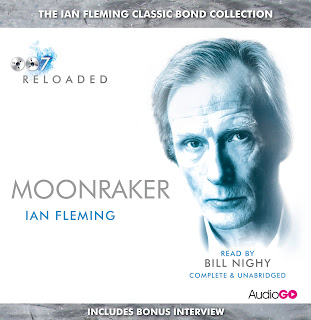 Notes on the audiobook: Moonraker was read by Bill Nighy, who did a splendid job. His voice for Sir Hugo was spot-on, precisely the kind that I imagined when I read the book the first time. He gets that braying laugh and that good-old-boy attitude down pat, and he also does a terrific job of reading Gala Brand’s lines, really doing justice to the character. In the post-audiobook interview, Nighy admitted that he’d never read Moonraker before (although he thought he had). The he said something very interesting indeed, an idea that would help improve the landscape of genre criticism enormously: "It was a surprise to me how well-written it was. I don’t know why; I suppose because I made a familiar, lazy assumption that if it were a genre novel, broadly speaking, that it might not be of the first rank in terms of writing. I was mistaken. It’s an assumption one should never make." Raymond Chandler would concur.