So the murderer must be somewhere in this house... unless he had very long arms! 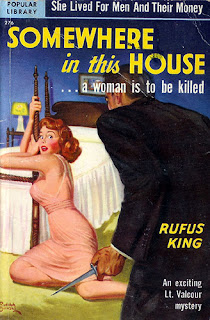