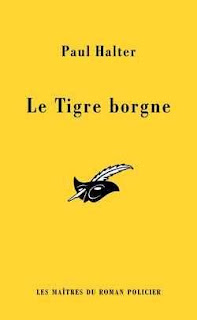 
An administrative announcement
I will be leaving for about three weeks for a vacation, where I won't have regular Internet access. I might find time here or there to post a review, but I'm not promising anything. The most likely scenario will involve inundating this blog with posts once I return in June. During this time, I recommend that my readers take a look at some other excellent mystery blogs: Detection by Moonlight, penned by fellow mystery fanatic extraordinaire TomCat (a.k.a. LastCenturyDetective); In Search of the Classic Mystery Novel by Steve, who plans on reading plenty of Ellery Queen-- highly recommended; and Tipping My Fedora by Sergio, another blog full of intelligent reviews. Sergio, incidentally, entirely disagreed with me on George Baxt, and the interesting discussion that resulted guarantees my readership! So take a look ladies and gents, and before long, I will be back with you at the scene of the crime!