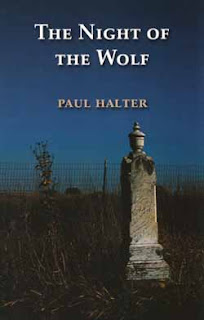 I very recently reviewed La Nuit du loup (The Night of the Wolf) by Paul Halter, where I noted that I was reading the original French edition. The French version and the English translation, published in 2007, contain significant textual differences. One story, Un Rendez-vous aussi saugrenu (An Appointment as Ludicrous) was dropped from the translation because it’s impossible to translate into English. Two more stories were then added to bring the grand total up to ten: L’Abominable bonhomme de neige (The Abominable Snowman) and Le Spectre doré (The Golden Ghost).
However, these stories have not yet been collected in French (although I sincerely hope that day is near). As a result, when I reviewed La Nuit du loup, I was unable to comment on these two tales which English-speaking readers can find in the translation. However, since my review, I have been fortunate enough to read these two stories, and so, I would now like to review them as an addendum to my earlier review.
L’Abominable bonhomme de neige (translated as The Abominable Snowman)
I personally found this story practically as good as La Marchande des fleurs (The Flower Girl). It’s a brilliant idea—a man named Irving Farrell is trying to find his friend’s house but gets lost. While wandering the streets, completely lost, he bumps into a strange man. They get talking, and the man starts to talk about a murder that took place nearby many years ago…
The victim was Fred Graves, who had apparently been murdered by a snowman! The harmless-looking thing apparently burst into life and viciously killed him with a bayonet that had been placed in the snowman’s arms. There was a witness to the crime, but nobody seriously believes his testimony. Because after all, how could it be possible? If someone of flesh and blood was responsible, they left no traces whatsoever in the snow…
This story is Halter at his finest. He effortlessly spins an excellent tale, and the major idea behind the solution has a delicious simplicity about it. The plot is dazzling and Halter manages to create one or two nicely atmospheric moments, such as a revelation in the final sentences, which you could never compel me to reveal! 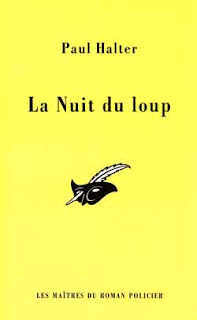 Le Spectre doré (translated as The Golden Ghost)
Charles Godley is a mean, Scrooge-like miser who gets an unexpected visitor at Christmas. It’s a poor match girl, terrified out of her wits. She is being pursued by a mysterious golden specter, a story that Godley is not particularly inclined to believe. Why? When he opened the door, he saw the girl’s footprints outside, and they were the only ones there. (Egad, another variation on the no-footprints-in-the-snow manoeuvre!) His attitude suddenly changes when a friend of his drops by and confirms the girl’s story, as he too saw the ghost!
The solution is clever to say the very least, and the story’s atmosphere is interesting, since you’re not entirely sure what the golden ghost is up to. Is it malevolent? Does it mean good? However, as much as I like the story, its greatest flaw is an extremely small list of characters. It’s incredibly easy to tumble to part of the answer just by using the simple process of elimination. Nevertheless, it’s a very enjoyable and interesting read with a good impossible situation.
***
Overall, I’m glad I read these two stories and I can see why they were included in the translated edition of the collection. The Abominable Snowman is more or less on par with the collection’s masterpiece, The Flower Girl, while The Golden Ghost, despite some flaws, is a very intriguing and atmospheric tale. They only add to the quality of an already outstanding short story collection.