The Case of the Tardy Talmudist 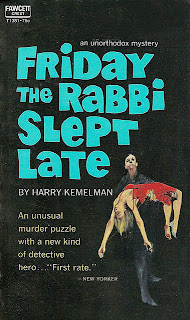 The story begins with Rabbi Small still adjusting to his relatively-new environment as rabbi in the fictional town of Barnard’s Crossing. It’s been a year and his contract is up for renewal. Some of the community’s members are vehemently opposed to rehiring the rabbi, insisting that he might be a good rabbi but not the right one for Barnard’s Crossing. And as if that wasn’t already enough to threaten his job, Rabbi Small gets himself involved in a murder investigation.


Here is the situation: a young woman named Elspeth Bleech has been murdered and left on the Temple grounds. Rabbi Small was in the area at the time—some rare books had arrived for him and he had excitedly gone to his study to take a look at them. As if that wasn’t awkward enough to explain, he also has to explain just how the murdered woman’s handbag found its way in his car (which, due to his absent-mindedness, he’d left in the parking lot). To cap all this off, the woman was two months pregnant. As you can see, the anti-rabbi faction has more than enough reasons to persuade the community to let the rabbi go. 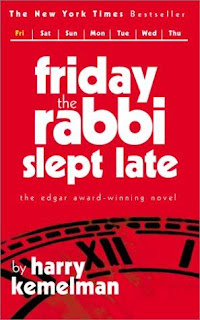 If Rabbi Small weren’t a rabbi, he’d be the automatic #1 suspect. But the police chief, a Roman Catholic, has genuine respect for the rabbi and refuses to believe that a man of the cloth could do something this terrible. (Ah, the 60s. Such an innocent time…) Thus begins a solid friendship as the police chief and the rabbi end up working together to solve the case.

I’ve always been fascinated by “clerical detectives” – men like Father Brown who, through their vocation, have learned much about evil inherent in human nature and use this ability to deduce the truth about crimes. As a Catholic, I have a particular fascination for Catholic priests as detectives, but I’m also very interested in Jewish rabbis cast as the sleuth. Rabbi Small is a very fascinating detective in this regard (and correct me if I’m wrong, but I’m under the impression that he was the first important Jewish detective on the mystery scene). The author takes advantage of his creation to explain Judaism and the Jewish culture and tradition. It makes for very fascinating reading, whether you are Jew or Gentile, although occasionally, when it comes to Christianity and comparisons with it, I do feel that the author doesn’t quite get the point. But to discuss these things in detail would turn this review into a theological seminar. The book isn’t a catechism—the Jewish aspects simply form a fascinating backdrop for the murder investigation.

And my word, what a fine investigation it is! The author plays quite fair with the clues and yet the entire revelation came as a surprise to me—which I find particularly embarrassing in retrospect. (I really should have tumbled to it far sooner.) The culprit is well-masked among the clues, and Rabbi Small’s deductions all fit snugly in place in the end. Plot-wise, the book is a triumph, and I can definitely see why it won the Edgar! 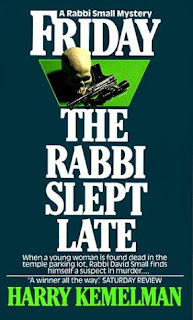 The characters, for the most part, are fairly interesting. A few minor characters remain sketches, but the central figures that need to work ring true to life. And even the sketches are rather pleasing sketches—there’s no jarring jangle of poor characterization to be found. Rabbi Small is a great character, and one you really get to like by the end of the book. He has his own odd way of doing things, but as his wife Miriam says, “David will change the world (…) before the world will change my David.”

Overall, Friday the Rabbi Slept Late holds up remarkably well. It remains fairly fresh and the solution can still surprise. The characters, particularly the detective, are quite likeable, and the plot twists and turns en route to a satisfying, fairly-clued solution. Plus, as an extra bonus, you get to learn quite a bit about the Jewish culture and tradition, free of charge! It’s very much a book worth reading—I recommend it.