Written by Patrick
Two little Indian boys sitting in the sun;
One got frizzled up and then there was one.

Curt: And Then There Were None--a novel, in which, like the play “Hamlet,” everybody dies--is singularly lacking in the typical restorative happy ending people tend to expect from their Golden Age mystery literature. 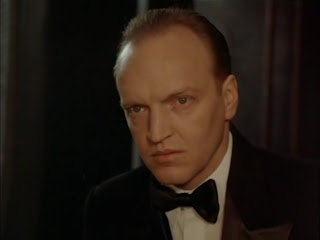 Imperceptive readers of And Then There Were None may hold out some hope that our remaining pair of Indians, Philip Lombard and Vera Claythorne, will survive to provide the traditional happy ending, with church bells and wedded bliss just around the corner; but in fact the reason that these two are still around at all is not that they are destined  to fulfill the traditional function of providing love interest and a happy ending, but that they have been deemed the most deserving of mental torture by our sadistic mass murderer, Mr. Owen—and his assessment seems fair enough to me.  These two are the worst of the bunch.

Philip Lombard, international adventurer and arrant scoundrel, no doubt would cheerfully admit the truth of my assertion.  Alone among the Indian Island guests he freely admits his crime: “the deaths of twenty-one men, members of an East African tribe”:

“Story’s quite true!  I left ‘em!  Matter of self-preservation. We were lost in the bush.  I and a couple of other fellows took what food there was and cleared out.”

“You abandoned your men—left them to starve?”

“Not quite the act of a pukka sahib, I’m afraid.  But self-preservation’s a man’s first duty.  And natives don’t mind dying, you know.  They don’t feel about it as Europeans do.” 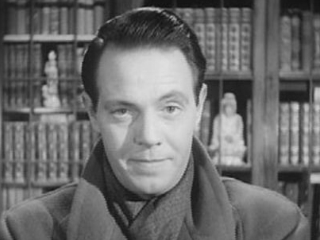 This passage highlights one of the most interesting points about the novel: its attack on racism and European colonialism.  And Then There Were None ironically has been subjected to book banning (and play banning, in its stage version) attempts on account of its original titles, Ten Little N-----s and Ten Little Indians, it being argued that the the book/play promotes genocide of native peoples.  Nothing could be further from the truth.

The novel in fact clearly condemns inhumane treatment of native Africans by Europeans.  Philip Lombard’s callous statement—“Natives don’t mind dying, you know.  They don’t feel about it as Europeans do.”—clearly is portrayed as shameful by the author.

Lombard also is the source of the controversial anti-Semitic comments in the novel (I believe these now have been removed from all editions).  It is Lombard who refers contemptuously to the lawyer Isaac Morris as the “little Jew” and “Jew-boy.”  Removing these comments from the novel has undermined—again ironically—Christie’s portrayal of a repellent, racist character. 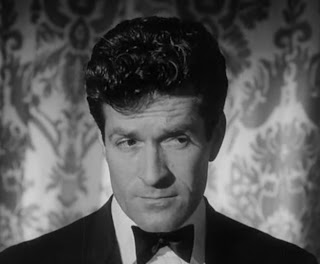 Lombard has many of the qualities of a romantic hero of between-the-wars English genre fiction: he is handsome, capable, intelligent (but not intellectual) and a man-of-action.  Yet he is utterly and unapologetically ruthless and amoral, lacking any compassion or charity for his fellow men.  If Justice Wargrave in Christie's similes is a cold-blooded reptile—a lizard or turtle—Lombard is a savage mammal--a wolf or a panther. If need be he will remorselessly strike, with murderous efficiency.

Lombard respects and admires Vera Claythorne, because he recognizes his own qualities in her (Vera is slower to recognize this, because she is given to self-deception concerning her true moral character, in what might be seen as a traditional ”feminine” sop to society’s conventions).

As usual, Lombard makes a judicious, accurate assessment of the situation, unclouded by sentimentality.  For it is the resourceful and underhanded Vera who in the novel’s climax gets the better of Lombard—though only to meet her own end shortly later, in the novel's astonishing dénouement.

Although Agatha Christie’s hipster detractors no doubt would protest at such a characterization, in Philip Lombard and Vera Claythorne we can be said to have a damned couple that comes straight out of noir. Truly these two people occupy the darkest of spaces on Christie's isle of the dead. 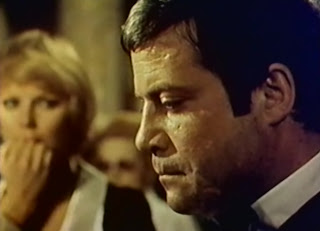 Patrick: When the novel starts out, Christie describes Philip Lombard as “a tall man with a brown face, light eyes set rather close together and an arrogant, almost cruel mouth”. As times goes on, the island becomes more and more claustrophobic, and Lombard degenerates more visibly into the savage animal he truly is— Christie compares him to a wolf several times, and that is the thought that flashes through Vera’s mind when they are the only two left on the island and she becomes convinced he’s the killer: “Why did I never see his face properly before. A wolf—that’s what it is—a wolf’s face. . . . Those horrible teeth. . . . “

The character of Philip Lombard is a huge success for Christie, and it shows how modern, “censored” editions of the text really dilute the effect she constructed. The following, for instance, is a passage from the original 1939 edition of the book, then called Ten Little N!&&3rs:

He had said it as though a hundred guineas was nothing to him. A hundred guineas when he was literally down to his last square meal! He had fancied, though, that the little Jew had not been deceived—that was the damnable part about Jews, you couldn’t deceive them about money—they knew! 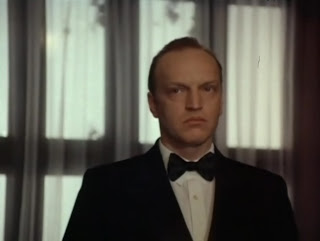 In my edition of the book, a paperback from the 1970s, references to ‘Jews’ in general are replaced by references to Isaac Morris specifically—i.e. “that was the damnable part about Morris”, etc. There are several things wrong with this. The first thing is that it gives you a wrong impression about the characters—the censored edition makes you think that Lombard knows Morris much better than he really does! So his condemnation of Morris’ character might as well be accurate—what do we know about the perpetually off-stage Morris? Nothing. But when Lombard condemns Morris on the sole basis that Morris is Jewish, we feel the full force of Lombard’s bigotry.

But there’s another, deeper structural problem that you’ve pointed out: it undermines Christie’s strong anti-racist theme. Out of all the crimes in the book, Lombard’s crime is hands-down the most sickening. He abandoned members of an African tribe to their certain deaths, justifying his actions by saying they were merely natives—after all, they don’t mind dying like Europeans. So why should he care? This is a crime fuelled by prejudice and selfishness—even General Macarthur, who abused a similar position to send Arthur Richmond to his death, is shocked. You just can’t leave your men to die, regardless of whether they’re white or black. (And guess what? After an initial shocked reaction, Vera Claythorne defends this attitude of Lombard’s! But more on that in the next instalment.) But that’s what Lombard did, and he proudly admits it. (Interestingly, several movie adaptations felt the need to change Lombard’s crime into murdering a woman who was going to bear his child… further undermining the theme! The Russian 1987 adaptation goes the opposite direction, adding a scene where Lombard semi-rapes Vera Claythorne, making him into an even bigger villain! This, by the way, is the film’s only major deviation from the book’s plot.) Christie never portrays Lombard as a decent or likeable character; his bigotry and egoism make him monstrous. 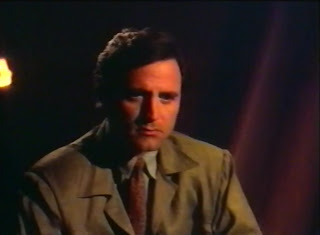 And it’s funny, because he does share many qualities with the traditional hero. He’s the best-looking man on the island (after all, Anthony Marston’s corpse is no longer presentable after he chokes to death) and there’s a perfect potential love interest in Vera Claythorne. In fact, they spend much of the book together forming a strange sort of connection (I think you’ve caught the depraved nature behind it). Many readers on the Agatha Christie website say that they wish Lombard and Vera had survived gotten together at the end in a traditional happy ending. (I’m not sure how much of this can be attributed to the modern day censors going wild with their politically-correct alterations, but I personally never liked Vera Claythorne and on my first read considered her Evil Incarnate!) He’s also a man of action—physically fit, waking up at the crack of dawn out of habit, coming to the island armed as a mere matter of course. If this were a slightly different setting—say a Devon country house with foreign spies and diplomats running around stealing secret treaties from each other at 4 AM—Lombard is the type who might join in the fun.

But in Lombard’s case, that kind of fun is impossible. Lombard shares one quality with U. N. Owen—he’s a sadist. He loves playing around with his fellow guests’ minds, trying to pit them against each other, testing out sarcastic comments on them to see how they will react. This is especially apparent in the opening stages of the book. On the first night, the guests defend themselves from Mr. Owen’s accusations. Lombard callously (and in no uncertain language) admits to the truth and mocks everyone else by pointing out how they are all so very respectable. Prior to Judge Wargrave’s death, Vera is scared by a piece of seaweed planted in her room—Lombard, seeing the set-up, assumes Mr. Owen attempted to frighten her to death and tries goading the murderer by chortling about how this crime didn’t go according to plan—only to be stunned to silence when his favourite suspect, the judge, is found dead! 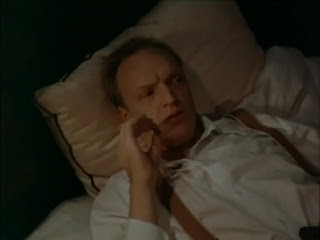 Lombard’s end is an appropriate one. Convinced that Vera Claythorne is the killer, he contemptuously mocks her “feminine pity” when she asks him to pull Dr. Armstrong’s corpse out from the sea. But he gives in—after all, he’s on his guard, and no damned woman can possibly do anything to kill him. (The stage play surprisingly nails this attitude while hashing the character terribly by having one of Lombard’s last lines reveal that he’s still alive because “women can’t shoot straight”.) He doesn’t notice Vera pick his pocket and set up the kill. Too late he realizes that he is going to die, and all because he thought a woman was too dumb to do him any harm. Lombard decides on one final desperate act by charging at her—and she shoots him down like a mad dog. His own arrogance is his undoing.