Dr. Hollywood: or, How I Learned to Stop Worrying and Love Misleading Speculative Fiction 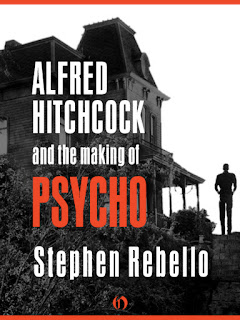 Alfred Hitchcock and the Making of Psycho by Stephen Rebello is the book on which the upcoming film Hitchcock is based. Starring Anthony Hopkins and Helen Mirren as Hitch and his wife Alma, respectively, I was very excited when I saw the first trailer for the film. I then made the decision to read Rebello’s book before seeing the movie. That might have been a mistake… but more on that later.

As the title of Rebello’s book might suggest, this is an overview of the making of Psycho. Stephen Rebello begins at the most logical place: with a brief overview of the gruesome Ed Gein murder case. If you have no idea who Gein was, consider yourself lucky, because this might well be the most heinous killer I have ever heard of. The things he did with the corpses of his victims made me sick to the stomach, and I have no idea how I managed to get through such a brief summary of the case; I can’t imagine what a more in-depth look at the crime would read like.


But for better or for worse, Gein became the inspiration for the figure of Norman Bates in Robert Bloch’s novel Psycho. Rebello looks at the novel and the process behind its writing and publication, and gives it considerable praise for the ideas that are often attributed to Hitchcock’s genius: the taxidermy throughout the film, for instance, or the iconic shower murder scene, or killing off your heroine before the halfway mark of the story. Rebello quite rightly gives Bloch some well-deserved credit.

At the same time, in this section of the book, Rebello makes the oddest statement that you will find within these pages. Trying to prove that Bloch really pushed the boundaries of what was “acceptable” in literature at the time, Rebello ascertains that: “Measured by the yardstick of contemporary horror literature, when readers have been Stephen King-ed and Clive Barker-ed to a bloody pulp, Psycho now looks like a model of restraint. Yet in 1959, Mickey Spillane or Agatha Christie were about as far as mainstream thriller literature went.” (12) 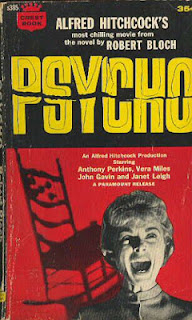 I have no idea what Rebello means. I’ve read every book by Agatha Christie at least twice. I’ve also read two books by Mickey Spillane (sort-of; one was the posthumous conclusion of Lady, Go Die!), and although Max Allan Collins made interesting comparisons between the two authors in an essay in Books to Die For, stylistically they are unlike each other. Spillane’s work is in the very tough hardboiled vein, running in highly stylized ultra-macho-mode with tough guys beating each other into bloody pulps while sexy women watch and hop into bed with the hero every once in a while. Christie’s work is nothing like that. Say what you will about either author (and believe me, I have done just that in the past), Spillane pushed the envelope plenty for his time, while Christie, generally speaking, didn’t portray violence like that. The one exception that springs to mind is a gruesome murder-via-axe in 1953’s After the Funeral, but still, Christie isn’t known for imitating Spillane. Is Rebello implying that Spillane was tame, or that Christie was wild? Either way the assertion seems like nonsense.

I seem to have got on my soapbox. Please forgive me. Let’s get back to Rebello’s book, which moves forward from this point and looks at Hitchcock’s attempts to get Psycho created. It’s a fascinating story, with the first attempt at a screenplay falling flat, an uncooperative studio, and an attempt by Hitch to outdo Henri-Georges Clouzot, who had gained infamy for his film Les Diaboliques, a book based on a Boileau-Narcejac novel that Hitch had tried to get the rights to. When Clouzot got the rights instead, Hitch turned around, bought a different novel from the French team of writers, and made Vertigo. But while Clouzot’s film was a smash-hit, Vertigo was largely ignored by audiences. Hitch had something of a score to settle, and Rebello makes interesting comparisons to the films’ story structures, visuals, and some other similarities between the two films: the most obvious similarity being that the two movies are both filmed in black-and-white.

But even when challenges with script, budget, and casting were overcome, Hitch had to battle the censors and then promote his film. Rebello argues quite convincingly that the promotion strategy for Psycho was a key reason for the film’s success and that the film changed our culture more than any other Hitchcock film. Not only did it spawn hordes of imitators, it also accustomed audiences to come to the movie theatre on time for a movie. Rebello also argues that making Psycho changed Hitchcock, who spent the rest of his career trying to match the success of Psycho. The brief summary I give you here makes it sound like a poor argument, but it really is well-reasoned, although I’m rather fond of The Birds and Frenzy (though I acknowledge they’re not perfect movies). 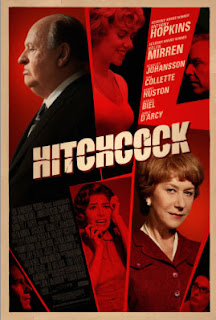 Overall, I highly recommend Alfred Hitchcock and the Making of Psycho, a book that was released as an e-book by Open Road Integrated Media. They did a good job in the editing and proofreading department, with only a few minor slip-ups. However, as good as the book is, it should have been updated slightly. It constantly talks about Psycho as though it came 30 years ago, but the film is now nearing its 60th anniversary. When it talks about what the cast has gone on to do, it doesn’t contain as many deaths as it should—even the death of Anthony Perkins in 1992 goes unmentioned. But this is really just a minor quibble and doesn’t take away from the quality of Rebello’s book.

And that’s why I’m no longer excited for Hitchcock. The trailer focuses almost exclusively on Alma Reville and her relationship with Hitchcock and only offers you brief glimpses of creating the movie itself. Early reviews also indicate that this is more of a historical-romantic movie, with Hitch even coming to doubt Alma’s fidelity at one point??? None of this is even hinted at in Rebello’s book— Alma is a shadowy figure throughout Hitchcock’s career, but the film makers seem to have decided to go with the “behind every great man is a great woman” approach. And it is for that reason that I’m no longer sure whether I will want to see Hitchcock— it quite simply seems like a piece of speculative fiction, whereas my main interest is in how Psycho, one of my favourite movies, was made. If that’s what you’re here for, Rebello’s book is a must-read.