"At the Scene of the Crime" celebrates two years online! 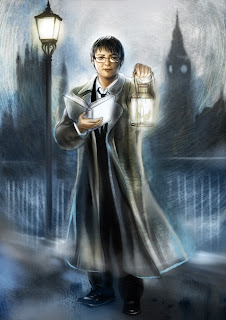 Honestly, that's all I can say. I opened up a Blogger account and created At the Scene of the Crime two years ago today. Long-time readers might recall that my debut post was a video review, to date the only one I've done. It's also one of my very worst reviews, and I'm surprised that after a video like that I wasn't chased off the Internet by a group of irate readers armed with knives and pitchforks.

But no, the mystery blogging community is a very forgiving one, and I soon found myself doing reviews on a regular basis. I've re-discovered some old favourites, and I've found new ones. I became an avid e-book reader thanks to The Mysterious Press. I've gained an appreciation for subgenres that I may have marginalized before starting this blog. I got to virtually meet some authors that I've admired tremendously, such as Paul Halter, Peter Lovesey, and René Reouven. I finally met my match in Harry Stephen Keeler. I re-read the entire James Bond series. I've finally discovered a story about the giant rat of Sumatra that has left me satisfied! (Tune in for that within the next week.) I grew a beard and shaved it off. The blog went through two major redesigns. I even started getting enough spam comments to be forced to remove Anonymous commenting! (I apologize to all users who do not wish to sign up for a Google account, but the spam was rapidly getting out of control one week, and it was all coming from anonymous spammers. I think I removed all traces of their visits, but if you spot one of their comments lying around feel free to let me know.) In general, the last two years have been a bit of a crazy ride.

Thank you for everyone who stops in to read this blog! Your encouragement, as well as the discussions we've had (both agreements and disagreements), have helped to fuel my enthusiasm for the last two years.

Last year, to commemorate my one-year anniversary, I held a month-long celebration full of crossover reviews and articles. However, I realized that I had no way to top such a performance this year. So I decided early on that I had no intention to try. Instead, I decided to commemorate this anniversary in a smaller way. I began earlier today by posting my review of Jeffery Deaver's Carte Blanche, the very first James Bond continuation that I've read.

The second part of the celebration has been a long time coming: it's the second episode of Fair and Foul Play. This was delayed by exams and by the blog redesign, and I hope readers will forgive me. I didn't intend to have such a delay between the two parts of an episode, and it won't happen with the next episode. There might, however, be a longer delay between episodes, i.e. the end of episode 1 and the start of episode 2.

But to return to the subject at hand, I hope you will enjoy listening to the conclusion of the "mysteries in audio" segment of Fair and Foul Play. In this conclusion, I rejoin Sergio for a discussion that picks up where we left off discussing audiobooks, radio plays, and other mysteries set in the world of audio. Due to some tech issues, the images I used to illustrate the video all disappeared and I cannot explain why, but the audio itself is intact. I therefore suggest listening to this video as though it were a radio broadcast, which is only appropriate considering the subject matter. (And hopefully YouTube will be more co-operative next time!) I made some minor tweaks to the opening credits, but the show's format remains unchanged.