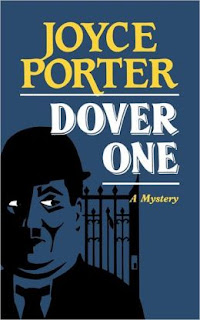 Chief Inspector Wilfred Dover is a difficult man to get along with. He’s fat, he’s lazy, he’s rude, he’s inconsiderate – in fact, in just about every measurable way, Dover is a repulsive human being. So woe to the criminal forced to deal with Dover, because it will be an extremely unpleasant experience. That’s what someone in Creedshire is about to learn.

It all started with the disappearance of Juliet Rugg, a young girl who weighs sixteen stone. The grotesquely large girl was even more repulsive than Dover by all accounts, and so nobody really seems to care about her disappearance. But it’s Dover’s job to care, even though he thinks it’s a gigantic waste of his time. But as the investigation proceeds, the question becomes more puzzling: just what did happen to Juliet? The unique circumstances, described in detail in Joyce Porter’s Dover One, make an accidental death, a suicide, an elopement, and a kidnapping seem utterly impossible. The only option remaining is murder… but where could you stuff such a large girl?

Dover One came to my attention during a lively discussion of the Golden Age Detection group on Facebook. It seems that everyone agreed that Joyce Porter was a marvellous writer and could plot ingeniously, but that Dover was such a repulsive and disgusting character that it was hard to take at times. Naturally, this intrigued me, and I vowed to search out the Dover books. My search came grinding to a halt when I failed to discover the books in any of my usual sources (and, over the summer, ordering physical books online is just about impossible for me, for various reasons). Then, to my joy a couple of weeks ago, I discovered that the book was Kindle available… but only in the U.K. However, after some hanky-panky (which I prefer not to discuss on here), I was able to procure a copy of the book for myself. 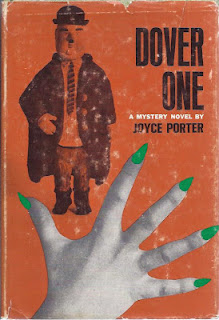 The result was every bit as marvellous as I had been led to expect. Dover One is, quite simply put, a masterpiece. It’s a delightfully plotted book which constantly surprised me. Every time I was certain I knew what happened to Juliet Rugg, Joyce Porter’s hand rose like some malignant goblin and pulled the rug out from under me, leaving me puzzled all over again. As for the solution, well, all I will say is that I wasn’t expecting that.

It’s a funny book too. There’s a simply splendid Colonel named Colonel Bing, who gets many of the book’s loudest laughs (though the Colonel’s pesky poodle gets some fairly audible giggles as well). There’s also a woman named Amy Freel who’s loads of fun, a woman who’s read far too many detective novels and is all-too-eager to share her wild theories with Chief Inspector Dover: “But I’ve got one or two theories of my own which might interest you. They’ll probably strike you as a bit far-fetched at first, but they do give us a lead. Now, if we could all work together on this, I’m sure we’ll be able to get it solved in no time. I could be a sort of unofficial collaborator, you know, like the amateur detectives in the books, and you could …”

Overall, Dover One is a joy to behold: it’s a book that simply must be experienced. If you want to have a good laugh and experience some ingenious plotting while you’re at it, why not come and put up with Dover for a while? The man can be absolutely insufferable, but when he wants to be, he can be quite clever. Dover is rather like a poorly-bred Mycroft Holmes. 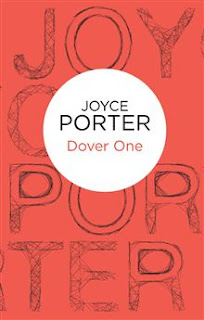 Note: The e-edition has been published by Bello, and the following statement appears after the book has concluded:

“The book remains true to the original in every way. Some aspects may appear out-of-date to modern readers. Bello makes no apology for this, as to retrospectively change any content would be anachronistic and undermine the authenticity of the original.”

To whoever at Bello came to this decision: thank you! For years, publishers have been shame-facedly altering the texts of Golden Age detective novels, embarrassed at stuff that was in the original editions. It seems that very few people came to the very logical and common-sense conclusion that Bello came to.