Written by Patrick
I have never featured a guest post on this blog, but there's a first for everything. And today, it's the first time I'm featuring a guest post. The author of this post is Kate Voss, whom you can follow on Twitter at this link. Kate has written a post on the Top 5 Film Adaptations within the crime genre. Although I would have approached such a post differently, I think this is a good post to get the conversation on film adaptations started. And, quite frankly, shouldn't the idea of a guest post be to give readers something a bit different to read than usual? So, without further ado from me, please welcome Kate to the blog.

Sometimes the blood, sweat and tears that goes into writing a well-written, well-received book is depicted and reproduced beautifully into a feature film. Most often, however, we lose the imagination, characterization and plot development of the original written material. When it comes to mystery and crime novels, there is a rare group of films that capture the eeriness and thrill of a well-written book, and instead rely on the gore and shock-value, or sometimes just play out like a never-ending script.
In celebration of those film producers and directors who took a crime or mystery novel and actually got it right, I have presented a list of the 5 best film adaptations of all time.
Best Adaptations:
The Silence of the Lambs (1991)

This film was based on the 1988 novel by Thomas Harris which was the sequel to Harris’ 1981 novel, Red Dragon. Both books feature the infamous Dr. Hannibal Lecter, a cannibalistic serial killer who at times prepares gourmet meals with human flesh.
In the 1991 film adaptation, Anthony Hopkins gives a chilling performance as Hannibal, while Jodie Foster takes the role of Clarice Starling, a young F.B.I. trainee who seeks his help to solve a case. The film helped redefine the meaning of a thriller and serial killer and was able to capture the frantic tension that Harris imagined in the novel. It won an Academy Award in all the top five categories: Best Picture, Best Actor, Best Actress, Best Director, and Best Writing, and is considered a horror masterpiece.

Based on the 2005 crime novel by the American author, Cormac McCarthy (who also is responsible for All the Pretty Horses and Blood Meridian), No Country for Old Men tells the story of an illegal drug trade gone wrong near the US-Mexican border, and a psychopathic hitman who seeks revenge. It is a hunter-becomes-the-hunted story that dramatizes McCarthy’s eerie prose shockingly well. We see Javier Bardem play a role wildly contradictory to his suave Eat, Pray, Love character.

The film won four Academy Awards, including Best Picture, has become the biggest box-office hit for the Coen brothers to date, and was the first Oscar-winning film to be edited using Final Cut Pro. The popular film is currently streaming on DirecTV and Netflix. 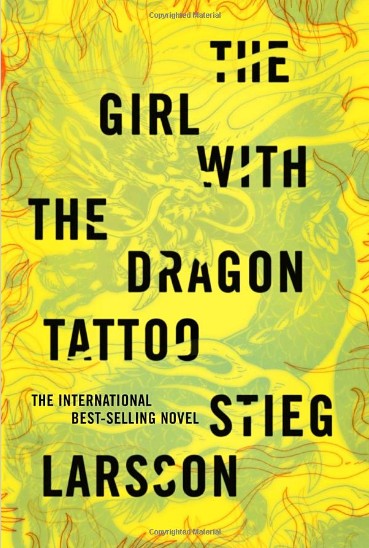 Based on the 2005 crime novel by the Swedish author Stieg Larsson, Girl with the Dragon Tattoo was the first of the Millennium series trilogy. The story follows journalist Mikael (played by Daniel Craig) and a computer hacker Lisbeth (Rooney Mara’s breakout role) as they investigate the 40-year-old disappearance of a woman.

Although the 2011 adaptation of the novel was not the first, being beat to the punch by the 2009 Swedish rendition, it was a brilliant representation of Larsson's work. The chemistry between Craig and Mara was bewitching. The film won an Academy Award for Best Achievement in Film Editing.
The Big Sleep (1946)

This film is based on the 1939 crime novel by Raymond Chandler and featured Detective Philip Marlowe. In the 1946 original film adaptation (much better than the 1978 adaptation) Humphrey Bogart perfectly captures the essence and complexity of the Detective Marlowe story. The film talks Chandler's storytelling and makes a brilliant film about the process of a detective, rather than what is solved.
The film was deemed “culturally, historically, or aesthetically significant” by the U.S. Library of Congress and still remains one of Bogart’s greatest films.
The Maltese Falcon (1941)

Yet another film starring Humphrey Bogart, The Maltese Falcon is based on the 1930 detective novel by Dashiell Hammett, originally published in the pulp magazine, Black Mask. While the story has been retold countless times in the cinema and the stale attempts at recreating the main character, Sam Spade, the 1941 adaptation was the most successful. The character of Sam Spade is credited as being the structural figure for future private detective genres, borrowing from his detachment and observational skills.

The Maltese Falcon has been named as one of the greatest films of all time by Roger Ebert and also Entertainment Weekly.