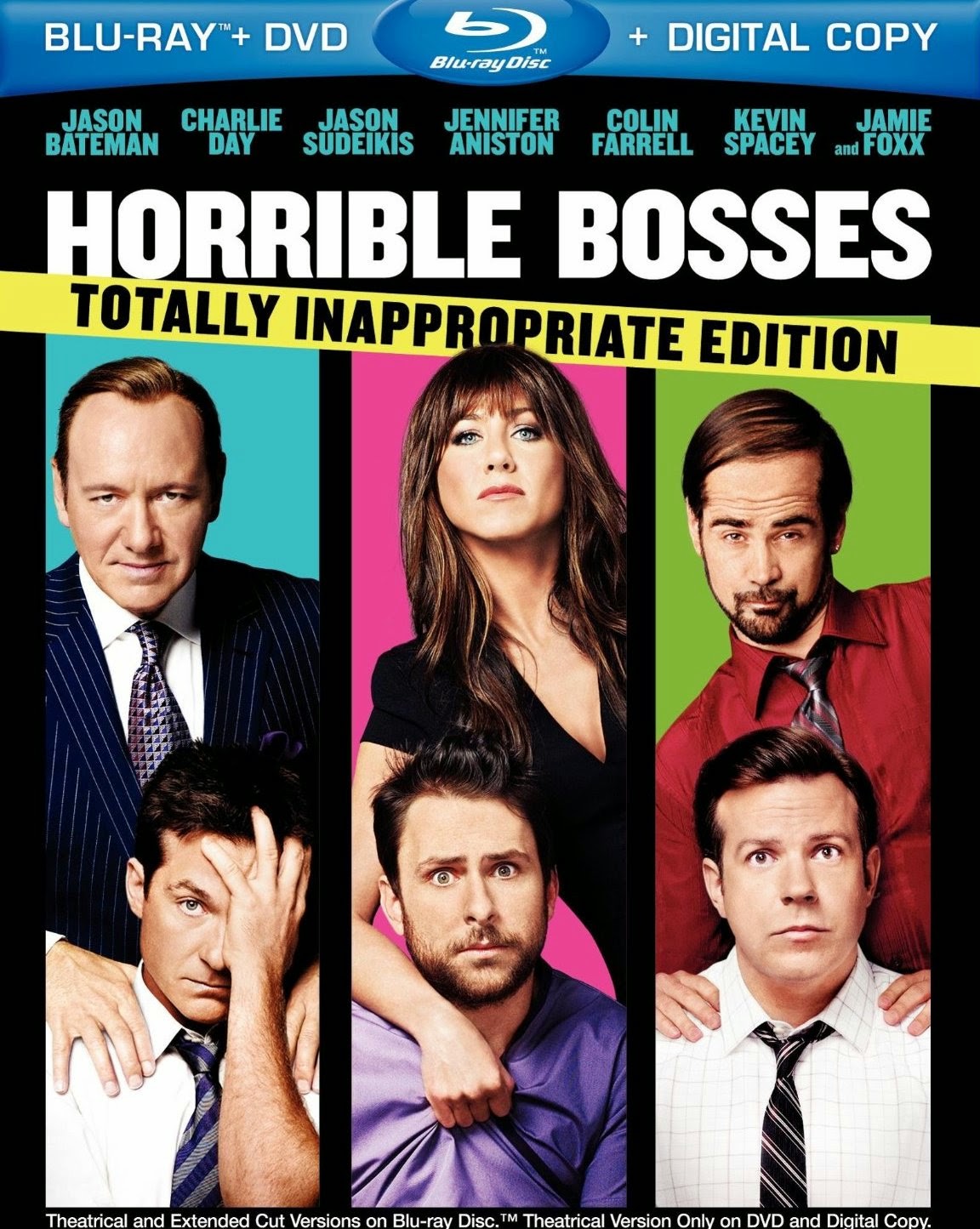 Nick, Dale, and Kurt are very good friends with something in common. They all work for absolutely terrible bosses. Nick works for David Harken, a sadistic sociopath who enjoys manipulating his employees and demonstrating the power he yields. Dale works for Dr. Julia Harris, a dentist who sexually harasses him, despite the fact that Dale is happily engaged and planning to get married. Kurt used to have a great boss, but when he died, his cocaine-addicted son Bobby took over the business and is set to ruin it with his paranoid schemes for milking every last cent out of it.

One night, the trio of friends begin to fantasize about killing their employers, and before long, they’ve decided to go through the harebrained scheme. To pull it off, they decide to find a hitman, and thus launch the series of events chronicled in the 2011 comedy Horrible Bosses.

Horrible Bosses boasts a veritable all-star cast, with the titular bosses being played by Kevin Spacey, Jennifer Aniston, and Colin Farrell. Each is cast to perfection and exploit their popular persona for many of the movie’s biggest laughs. For instance, we’ve seen Kevin Spacey cast as a psychopath before; he strikes many of the same chords in his performance as the sadistic David Harken. 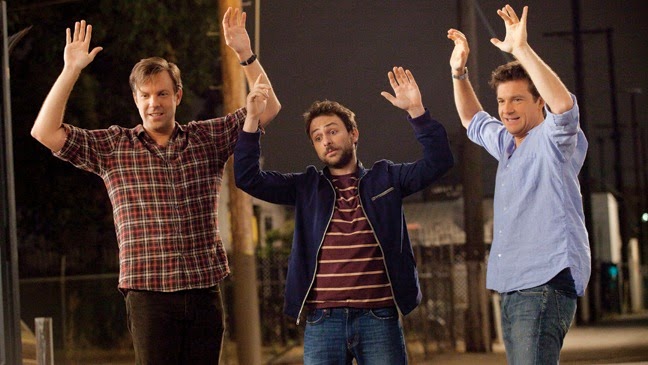 The trio of friends is also well-cast. They’re likeable guys, caught in bad situations, and the movie (surprisingly enough) takes the time to explain why they’d decide to go to such drastic measures. They’re not murderers by trade, after all: why not just quit? The movie takes the time to explain that, and that’s all the more appreciated. I particularly enjoyed Charlie Day’s performance as Dale, a man who is being sexually harassed at work, but who is happily engaged and refuses to cheat on his fiancée – he’s also one of the most reserved members of the group, and the places their adventures force him to go make for some really funny moments.

It’s also a well-plotted movie. It pulls a few genuine surprises out of the storytelling closet, and with a half hour to go, the movie dramatically changes tone and direction, a development I was not expecting in the least. It’s also a movie that knows the previous examples of this kind of movie – citing such movies as Strangers on a Train and Throw Momma from the Train, as well as taking a potshot at the Ethan Hawke movie Snow Falling on Cedars. Because the script is familiar with the typical directions such movies take, it’s easier for it to exploit our expectations as viewers. 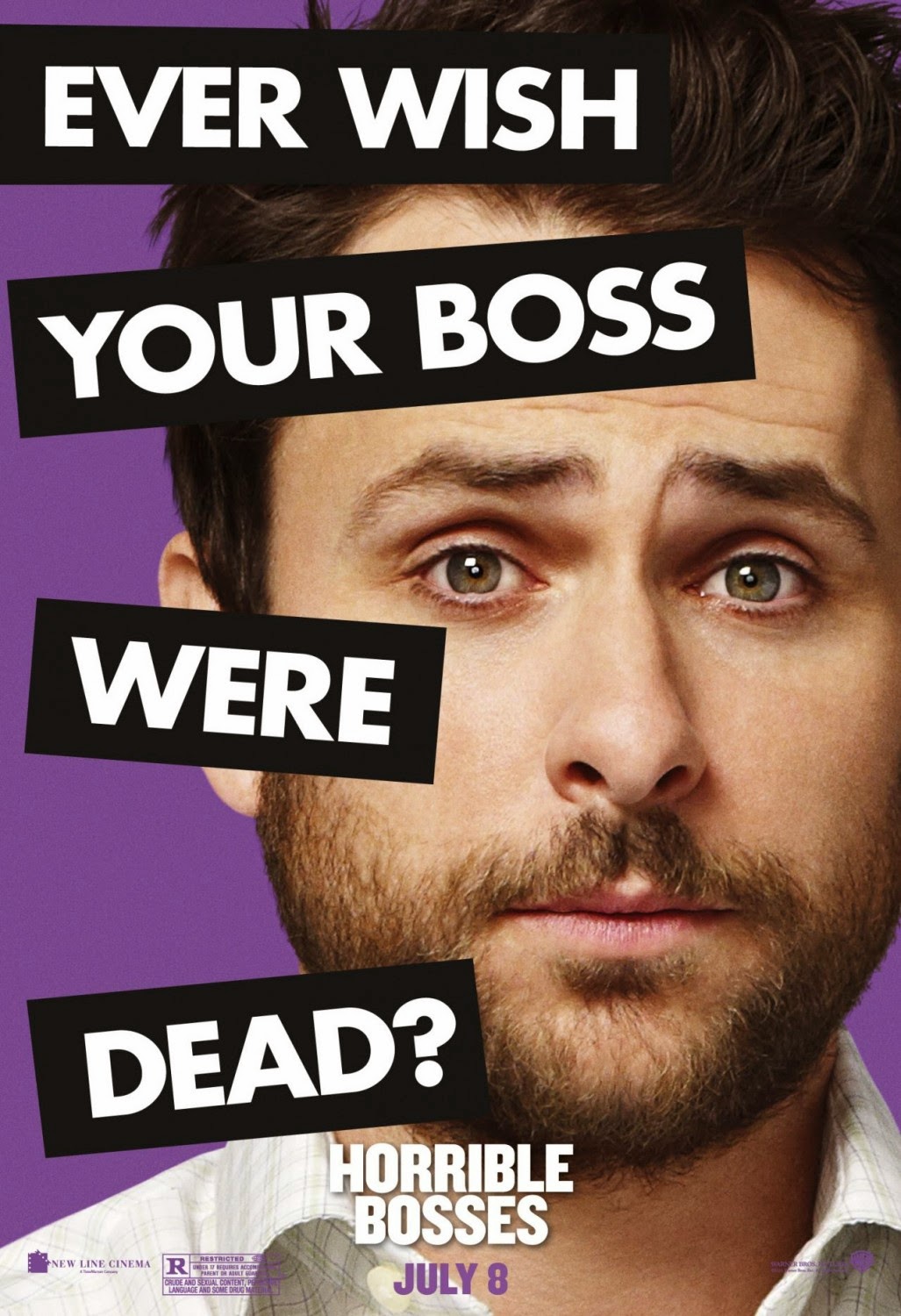 That being said, there is one drawback to the film, one which divides the potential audience – many of the jokes are vulgar, and not everyone will be a fan of these bits. I thought most of the jokes were very funny, but a few of them tiptoe across the metaphorical line of good taste so closely, it can do nothing but divide the audience. There is swearing to be found here, and enough sexual innuendo and sex-related humour to keep Freud’s ghost busy for months to come. I thought about 90% of the jokes were very funny, but if you are easily offended, you might want to stay away from this movie. There’s no full-out nudity, but there are a few suggestive images, and the language alone merits the movie’s R rating.

To sum up, I thought Horrible Bosses was a very funny movie. It knows what the audience is expecting and it manages to throw enough twists into the mix to keep you entertained. Many of the jokes are very funny, although some of them cross over the line into bad taste, which means it’s not a movie for everyone. But if you’re in the mood for a black comedy with likeable characters caught in a situation that is way over their heads, this makes for a very fun evening. I enjoyed myself very much.