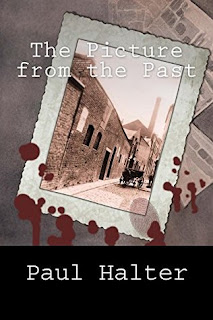 John Baird caught sight of a book and it captured his attention. On the cover was an old photograph of a street from a bygone era, but for some reason, the photograph haunted him. Desperate for answers, John even allowed himself to be hypnotized by a local shop owner to try and get to the bottom of the mystery. His obsession with the photograph begins to distress his new wife Andrea, who is equally puzzled by her husband’s reticence to discuss his London job – he disappears for the day and says nothing about where he was or what he did...

Meanwhile, Dr. Alan Twist and Inspector Archibald Hurst are hunting a serial killer known as the Acid Bath Murderer, and before long the two plot threads collide, along with a third thread taking place in Victorian London. There are even two impossibilities at work: first, a clairvoyant sends his own death prediction to himself, only to be found murdered in a locked room. Second, a man disappears without trace from a room that is under observation from all sides.

This complex web of plot forms the basis of Paul Halter’s L’Image trouble (translated as The Picture from the Past), and it is exceptionally difficult to describe without spoilers. Halter is one of my favourite current mystery writers – his books often have fantastic plots, and even on the rare occasion where the solution is disappointing, I love his imaginative touch at creating these scenarios. The Picture from the Past is no exception: the plot effortlessly carried my interest throughout. Where the writing itself is concerned, I thought Halter did a very good job of capturing my imagination, but there were one or two odd moments. For example, the first-person narration that opens the book is a little odd, given the direction the story eventually takes, and it is unceremoniously dropped at a certain point. These are so different in style that they got me to wonder whether this book was heavily edited, or whether Halter attempted a narrative experiment and then called it off, or if he revised his intended ending and correspondingly changed his approach to a large chunk of the narrative. No matter what the explanation here is, the stylistic quirks are not too distracting, and in fact, one of the stylistic quirks ends up being a pretty significant part of the narrative. 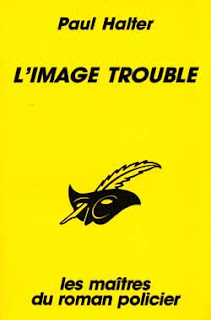 On a plot level, the two impossible crimes in this book are pretty decent. I absolutely loved the mystery of the murdered clairvoyant, which was well-clued and ingenious. I was a little less enthusiastic about the impossible disappearance, which was more or less a routine impossible crime (aside from one very clever idea near the end). However, when it comes to the solution of the story as a whole, there was one major issue. I find myself in a tricky spot, because I can’t really describe the nature of the issue without spoilers. It is Paul Halter’s attempt to pull off a solution straight from the Golden Age, but I really don’t think it was ever a good solution to begin with. All sorts of writers, Agatha Christie included, tried to pull it off, and I have never been fully convinced by it – it always raises a cry of protest from the reader, I find. This holds just as true for Halter’s attempt at making this solution work – I just can’t bring myself to believe the plot point that is absolutely central to the solution.

The good news is that I don’t read Paul Halter for gritty realism. Though the solution is outlandish, it works within the type of tale Halter is trying to tell without completely shattering the illusion the author is trying to pull off. (Unlike, say, one of the impossible crimes in The Seven Wonders of Crime – namely the death by dehydration – which retroactively ruined a large chunk of the reading experience.) I was willing to swallow something that I didn’t quite like in order to also enjoy the taste of the elements that I quite enjoyed, namely the impossibilities Halter comes up with on a routine basis. Thus, as a whole, The Picture from the Past was an excellent read. It was a real page-turner, had some truly ingenious ideas, and was fiendishly entertaining. It has a couple of blemishes, but that didn’t ruin my enjoyment of the tale.