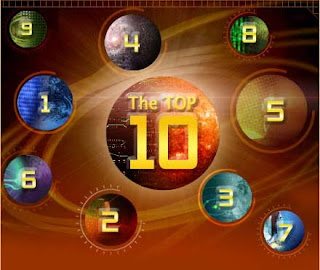 What better feeling is there than stumbling over an author you love? That moment of excitement, the thrill of the discovery, is one of many things that keep us readers going. We want to find an author who will excite us, and when we find one, we tend to hold on and refuse to let go.
2011 was no exception for me— I discovered new authors left and right and many of these discoveries were tremendously exciting. Some authors I unfortunately neglected despite the discovery, but I’ll be doing my best to make up for that in the New Year. But which discoveries were the most exciting? After all, it’s been a long year and there have been many book reviews. Surely some must stand out more than others.
Yes, it’s time for another list as I take a look at the ten most exciting literary discoveries I made in 2011. They are, in alphabetical order:

J. J. Connington
Two books is a small sample size, but I’m convinced Connington is the real deal. He’s shown tremendous intelligence and has singlehandedly defied many of the generalisations made about Golden Age mysteries. Besides, the author was a chemist, and I just so happen to love chemistry. I find it a fascinating subject and the small lectures on it are absolutely fascinating. He sounds like a university student’s dream professor.

William L. DeAndrea
William DeAndrea was the first author to get his own page on the blog, and for excellent reasons. Inspired by the Nero Wolfe tales of Rex Stout, DeAndrea created a loving homage to Archie Goodwin through the character of Matt Cobb. His narration style is absolutely wonderful— he comes across as Archie Goodwin if he were the detective. It’s the same attitude, the same likeability, charm and charisma. DeAndrea has consistently impressed me as a talented author whose life was tragically short. Niccolo Benedetti is a Great Eccentric who could have come out of the pages of a Golden Age novel. Lobo Blacke and Quinn Booker are like Nero Wolfe and Archie if they lived in the Wild West. And now that we’ve mentioned the Wild West, it seems to me that DeAndrea enjoyed Westerns— and that’s just one more reason to love his stuff. 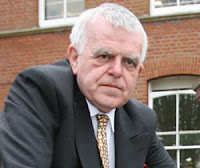 Paul Doherty
I admire Paul Doherty. He has such tremendous skill, carefully researching something out of history and writing a novel around it. In The Cup of Ghosts, for instance, he uses real historical figures and events to create a fascinating blend of fact and fiction, where I could not detect which was which. The result of Doherty’s writing is always readable, even if not entirely successful. And I personally love his Canterbury Tales the most: they are successful hybrids of ghost stories and mysteries, with each angle done very well. I can’t wait for the next Canterbury Tale to be published in 2012, just in time for the end of the world! (I couldn’t resist.) 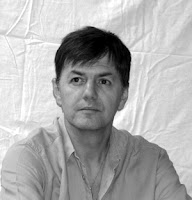 Paul Halter
Ever since joining the John Dickson Carr Yahoo! group, I’ve been told about this French author. I was glad to hear such warm recommendations, since I knew French rather well. But immediately I came across a roadblock: Halter’s stuff was practically impossible to find here in Canada! I gave up in despair, but finally in 2011 I managed to purchase a few volumes of his work. And after reading The Lord of Misrule, I was hooked. It was a book that reminded me why I loved mysteries— Halter captivates my imagination time and time again, and I love to watch him explain a miracle. And I always enjoy reading his stuff. I’ve taken an interest in the uphill battle to get his works translated, and so I took the initiative of creating my own Paul Halter page, reviewing several of his books, and translating an interview between Halter and Roland Lacourbe. It just goes to show you how much I love this author and how excited discovering him has left me.

Ross Macdonald
I described Ross Macdonald as a hardboiled writer for those who don’t like hardboiled writers, and I think there might be something in that. His detective, Lew Archer, is not the typical tough-guy-on-the-mean-streets (read: hoodlum) but a genuinely likeable, sensitive man who tries to do the right thing and earn a fee from his client. Macdonald really liked using the theme of lost parents and lost children, and the books I’ve read use a fine variation on the formula. What particularly excites me is how Macdonald manages to come up with an excellent plot and fairly clue his books— these are genuine mysteries where the main characters and their various actions simply make sense. Plus, he went to the same high school as I did. How cool is that?

Helen McCloy
Helen McCloy is one of the finest of the American detective story writers, particularly if you count John Dickson Carr as part of the British school. Her stories starring Dr. Basil Willing are a pure delight, and the fictional psychiatrist-sleuth is one of the few fictional psychologists who can talk about their profession and not sound like a pain in the derrière. While his method of detection, relying heavily on Freudian theory, is rather questionable, if you can accept the premise of detection via psychological clues you should enjoy McCloy just fine. (Besides, the later Through a Glass, Darkly contained nary a mention of Freudian psychology, so perhaps McCloy used that method of detection less as time went on.) Either way, McCloy was a fine author— she could come up with a bizarre situation such as the one in Dance of Death, and she could write supernatural terror brilliantly (Through a Glass, Darkly). Her atmosphere and characters are excellent and all things considered, I look forward to reading more McCloy in the new year. 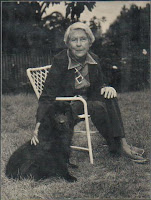 Margaret Millar
Margaret Millar was married to Ross Macdonald, and as it happens, they both attended my former high school. I have no idea what it was like back in their day, but if it was like my time spent there, it was no picnic! I’ve read only one book by Millar and have spent the rest of the year feeling guilty over not having read more. (But I’ll make it up to her in the New Year— promise!) How Like an Angel was not just a brilliant book, it made me reassess my entire opinion on Millar. I thought she was a pure “psychological suspense” author, the kind who would write an entire book set in the hallway of a mental hospital over a period of five minutes (stretched out into 1000 pages), where one of the patients begins to see twisted visions and murders one of the guards at the end. As it turns out, she wrote fine mysteries that were subtly and quite fairly clued. You have to wait until the final sentence and then all the pieces of the puzzle fall into place. Every character, every action and reaction makes perfect sense and you think to yourself “Of course! That’s why this happened!” A fellow Canuck, Margaret Millar will be covered in more detail in the upcoming year. I’ve already made her an integral part of my 2012 Vintage Mystery Reading Challenge. 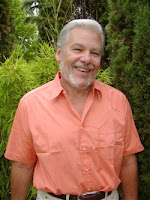 Bill Pronzini
I have corresponded with Bill Pronzini and apart from being a wonderful writer, he’s been a very kind person who has always taken the time to reply to an inquiry of mine. (I’m indebted to his help when it came to researching Derek Smith, for instance.) But as a writer, I’m consistently impressed with Pronzini. He tries something new out in every book, and he’s had a practically perfect batting average with me thus far. His Nameless Detective is a fabulous creation, who despite having no name feels like a flesh-and-blood character— the kind of person you’d like to have dinner with on Sundays. When he has to be, Nameless can be just as hardboiled as any of the heroes from the pulps he loves so much, and in Shackles, he’s put through hell. But through it all, he remains the Nameless Detective.

René Reouven
One book is no representative sample size, but you really have to read the book before you can blame me for being excited about René Reouven. There’s enough wit in Tobie or not Tobie to pass around to all of the world’s authors and still have plenty left over. The plot is excellent. The idea is absolutely fascinating. The execution of that idea is wonderful, with sympathetic characters and an excellent talent for atmosphere. There’s only one thing wrong with René Reouven: his books are so hard to find!!!

Craig Rice
Here’s a hypothetical question: if I told you that I never read a book by Craig Rice until February of this year, would you believe me? Well, you’d have no choice, because it’s the truth. As my many posts about Rice and her books have indicated, I absolutely love her work. She’s is always fun to read and her world is so alcohol-sozzled that her books will make you drunk by just turning the pages. An author of uproariously funny books, Rice was a fascinating figure in real life and the tangled web of her life is unravelled and chronicled in detail by Jeffrey Marks in an excellent biography, Who Was That Lady?

Henry Wade
Quite apart from having an awesome name (Major Sir Henry Lancelot Aubrey-Fletcher), Henry Wade wrote excellent novels starring a competent policeman, Inspector Poole. Unlike Ngaio Marsh’s Alleyn, though, Poole didn’t spend his time spouting literary quotations left and right. He had an education but didn’t lecture on the difficulties of translating baseball lingo into ancient Aramaic. He was just a likeable, competent sleuth, and he’s shown his humanity throughout the stories. But thus far, it’s a non-Poole story that has impressed me the most—the brilliant inverted murder story Heir Presumptive. In it, Wade constructs a brilliant psychological portrait of a man who turns to murder. It is a complex work that fascinates me from start to finish, and in every one of the books I’ve read there’s at least one moment where Wade comes up with something brilliant. For instance, in Gold Was Our Grave, it’s the finale with a lawyer who proves how honest he is despite getting ready to defend a client he knows to be guilty. I look forward to reading more Wade in the New Year; I’ve got one book on my shelves and another arriving shortly (in a large shipment of several books that included books I will need for school).
***
Thank you for reading these lists, and I hope you will join me when I return to the scene of the crime in 2012!!!