Why Couldn't They Make it Better? 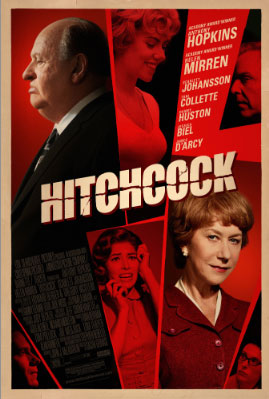 Although the excitement I had initially felt upon viewing the trailer was gone, I was simply too interested to not see Hitchcock, a new movie starring Anthony Hopkins and Helen Mirren as legendary director Alfred Hitchcock and his wife Alma Reville. I had major fears about this film, having read the book on which it is supposedly based, Alfred Hitchcock and the Making of Psycho by Stephen Rebello. Yes, you read that right. Supposedly based. Because I did not see a film equivalent of Rebello’s book. What I saw was speculative fiction that didn’t even have the guts to be entertaining enough to justify my $10.

But I’m getting a bit ahead of myself. What I just wrote is unkind and unfair to the movie, and I could give it a humiliating review, but what good will that do? It’ll make me seem like an immature loser, and I’m sure Anthony Hopkins won’t lose any sleep over it. The above sums up my overall opinion for those of you who have never read Robert Bloch’s Psycho or who have never seen the Hitchcock film. If you are one of those people, I have two things to say to you:

(1) Shame on you! Go watch it now!
(2) Turn away now, because the rest of this review will assume you are familiar with the story. It’s too good for me to spoil it to anyone unfamiliar with it. 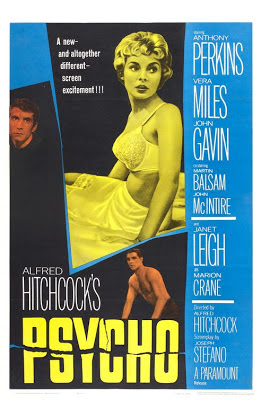 Okay, is the coast clear now? I have no way of knowing, so I will trudge forth assuming that everyone who doesn’t know the plot of Psycho is gone. Okay, so… Psycho. Wow! What a film! I love it dearly and practically consider it hallowed ground… though of course, not literally hallowed ground, which would be a challenging way to think of it considering the ground would be nothing but celluloid, and it’d hardly be a good idea to stand on it, even without any sandals. The way I see it, if you’re going to so much as touch Psycho, you’d better be really damn good! That’s why I hold the 1998 remake in such disdain. I consider it the worst remake of all-time. Not because it’s morally objectionable or incompetent or anything like that. I hold this opinion because director Gus Van Sant did little more than copy the original film, almost shot-for-shot, but without giving the project anything that could be called a personal touch. It’s a dispassionate little movie that feels like a colourized copy drained of all life. But even if it had some sort of spark to it… why??? Psycho was always intended to be a black-and-white movie, making it in colour is so bloody pointless! And casting Vince Vaughn as Norman Bates??? Really??? No, no, no, no, no... Ugh, I’m really getting tangential, aren’t I?

But that’s the problem with Hitchcock. It’s so uninteresting that I’d far rather talk about anything else Psycho-related. But you came here for a Hitchcock review, so let me try. It’s a movie in which Alfred Hitchcock decides to make Psycho, and everyone is against him from the get-go. Despite that he perseveres and turned Psycho into a phenomenon that forever changed the world’s culture. This was a phenomenal hit and deservedly so—Psycho is a terrific movie based on an equally-terrific book.

Ha, but that’s not what the makers of Hitchcock think! No, their idea is that Robert Bloch never existed and instead Hitchock got the whole idea from the ghastly Ed Gein murder case! If you have no idea who he is, consider yourself lucky—Gein is the nastiest killer I’ve ever read about, a perverted, murderous freak who did unspeakable things with the corpses of his victims. Sounds like a charming fellow for Hitchcock to fantasize about and to base the whole movie on!!! I wish I were kidding—Bloch’s book is mentioned about three times, but everything else is Ed Gein, Ed Gein, Ed Gein. Hitchcock imagines a series of conversations with Gein which come right the fudge out of nowhere and do nothing except stagnate the plot of the movie, which barely moves forward in the first place, and makes Hitch look like a perverted loser! I have no idea what these visions of Gein were supposed to do, but judging by the emotional violins from Danny Elfman’s score during Gein’s final appearance, I think we’re supposed to feel… sorry for him? No, no, no! A thousand times no!

But damn it all, the movie started so well! I was almost instantly won over when we see Gein kill a friend with a shovel, and the camera pans over to Hitchcock who delivers a monologue that could have come straight from his TV series. It’s (almost) the most brilliant scene of the film and it’s a great opening note. 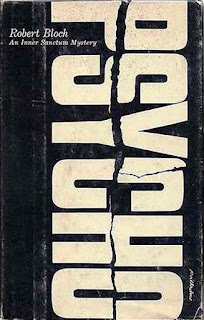 Unfortunately, things go downhill really fast. Actually, it’s as soon as Hitch calls a press conference for the new movie. This scene infuriated me. The filmmakers keep true to history by having Hitch buy up all the available copies of Psycho… then what does he do? He doesn’t simply announce that his next movie is Psycho; he announces that it will be a movie based on the Ed Gein murder case!!! Hm… a man who digs up his mother’s corpse and practices transvestism after murdering and mutilating his victims??? I wonder how the bloody hell this new movie of yours will end, Mr. Hitchcock??? Can’t you give us a clue?

And it only gets worse. This isn’t a movie about Psycho. This is a romance between Hitch, his fictional perfect blonde woman, Ed Gein, and Alma Reville. A most unlikely foursome, but it’s a good thing two of these characters are fantasies. This is a dull, dull movie that takes the making of a terrific movie and makes its dramatic production into a soap opera. I was surprised by how many of the lines I anticipated; many of them could have come straight from a romantic movie that will soon be released in bucket-loads come February. Many of the jokes fall flat, through no fault of the actors but the fault of the scriptwriters who can’t just give you the joke, they have to hammer it in.

The perfect example is one of the last scenes, which is incidentally the most brilliant bit in the film. Anthony Hopkins as Hitch is peeping on the audience, waiting for their reactions to the shower murder. As Bernard Hermann’s strings kick in, the audience screams in terror and Hitch, outside the doors, wields an imaginary knife, slashing at the air, each new slash bringing forth a new scream. It’s a great visual way to show how Hitch could effortlessly fiddle with his audience… and it’s almost entirely ruined by a theatre employee in the background who watches with his mouth wide open in shock. I was surprised they didn’t add some more cartoonish effects—just seeing this person in the background was nearly enough to ruin the moment for me. 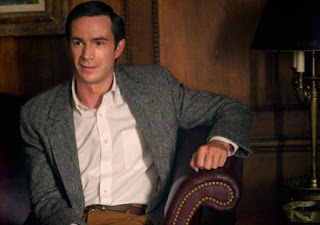 But Hopkins’ performance was too strong for that. In fact, Hopkins is a brilliant Hitchcock in general and I was sad to see such a performance wasted in such a mediocre film. Another wasted talent is James D’Arcy, who shows up briefly as Anthony Perkins… but damn it all, I was convinced that they had somehow resurrected Anthony Perkins!!! The resemblance, the mannerisms… they are uncanny! I wasn’t fond of Scarlett Johansson as Janet Leigh, and was thoroughly bored by Helen Mirren as Alma Reville, but the rest of the cast was very good indeed.

But they are wasted. The movie takes an already interesting story, the story behind Psycho’s turbulent production, and it decides it’s just not good enough. So to hell with the really interesting stuff: we need a romance! We need unfunny jokes! We need a sloppy director who skips time so much that you never have any idea how much time ever really passes. The movie was filmed in little over a month—it felt like a six-month shoot and you’d never have had any reason to think otherwise. A lot of great anecdotes are completely skipped over. For instance, Hitch would scare Janet Leigh by placing the corpse of Mrs. Bates in her dressing room and would judge the appropriateness of each new corpse by the sound of her screams. That gets a perfunctory nod at the very end of the movie, in a pointless context that shreds any traces of humour while you hear their agonizing death-wails. Another story I love is how Hitch got the movie past the censors. One week, some people were convinced they saw nudity and a knife piercing Janet Leigh’s flesh during the shower scene. Hitch promised to edit it and simply sent the same footage back unaltered. That time, the people who saw nudity/violence the first time saw nothing, but the others now claimed to see it! This was never acknowledged, but it would have been much funnier than most of the censor jokes the movie goes for. The last straw came when the movie refused to acknowledge the irony about the highest salary paid for the movie—Anthony Perkins got $40,000… the same amount that is stolen by Marion Crane at the start of the film.

What particularly annoyed me is that the movie decides that Hitchcock would never have been able to make Psycho without Alma Reville. It keeps giving her and other women the best ideas of the film. Hoo-bloody-rah for feminism! Psycho was truly a collaborative effort. Anthony Perkins came up with the idea of chewing Kandy Korn as Norman Bates—the movie decides it was plucky Janet Leigh who hit on the idea. Hey, you know the Arbogast murder—that was directed by Alma! You know the idea of killing off your heroine early in the story? That was Alma again, not Robert Bloch, whoever he was! 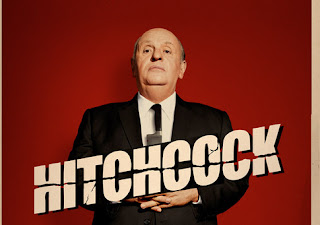 Hitchcock’s main problem is that it doesn’t find reality interesting enough. It decides to ignore the drama that actually surrounded the production in favour of the fictional and naturally far better drama that someone has invented in their heads. Nobody is interested by the controversy over who actually directed the shower murder scene; indeed Saul Bass never appeared in the movie as far as I could tell. Hitch might as well have distributed pamphlets describing the movie’s plot instead of jealously guarding its secrets. There even comes a point in the movie where Hitch has a vision of Ed Gein, who more or less tells him that Alma is having an affair, and—horror of all horrors—Hitch confronts her about it!!!

The only way you can enjoy Hitchcock, I suspect, is by knowing nothing about the stuff that actually happened on set. Then you won’t have anything to which you can compare this speculative fiction. Hitchcock is quite simply dull, and has left me feeling empty on the inside, as though somebody had drained my soul. Is this the worst movie ever made? No. It’s not even the worst Psycho-related movie ever made. But it could and should have been a lot better, and is the biggest disappointment I have experienced since seeing Tim Burton’s Alice in Wonderland. So much talent and potential is, quite simply, wasted on a film that is at best mediocre. Frankly, I wish I had gone to see Argo a month ago instead of waiting for this. 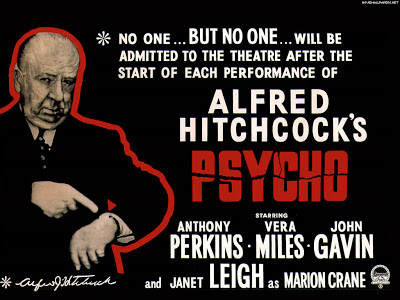