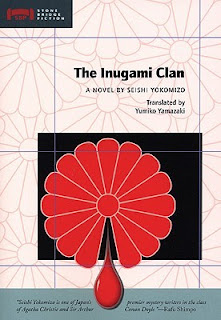 In 1940s Japan, just after the end of the Second World War, the wealthy entrepreneur Sahei Inugami dies at his villa. Don’t get your hopes up – his death was a natural one. The “Silk King of Japan”, the late Mr. Inugami lived a long and prosperous life, and his will is to be read aloud when the entire family is gathered together. The only missing member is Kiyo Inugami, a soldier and the son of Sahei’s eldest daughter, and thus the reading of the will is postponed for a few months until Kiyo returns home.

Just before the will is to be read, the famous detective Kosuke Kindaichi is summoned to the Nasu region by Toyoichiro Wakabayashi, an employee at the Furudate Law Office which drafted the late Inugami patriarch’s will. Wakabayashi’s summons is ominous—according to him, the Inugami clan will be faced with “a grave situation … events soaked in blood.” Unfortunately, before Kindaichi can get the man to elucidate just what he means by this, he drops dead from a poisoned cigarette.

Kindaichi discovers that a central figure in the Inugami household, Tamayo Nonomiya, has been the target of multiple attempts on her life. The late Sahei Inugami always favoured Tamayo because he owed a debt of gratitude to her grandfather, who rescued him from poverty. Unfortunately, his warmth towards her was never reciprocated by the rest of the Inugami clan. Tensions reach a boiling point when the will is read aloud, and it is discovered that it hinges on Tamayo and her choice of a husband. And then, the murders start in earnest… 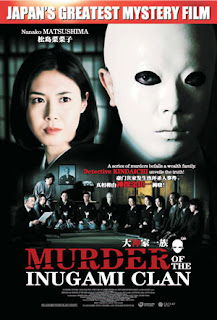 The Inugami Clan is a 1976 novel by Seishi Yokomizo, translated into English by Yumiko Yamazaki and published in 2003. As far as I know it is the only Yokomizo novel available in English (although I also own a copy of The Village of the Eight Graves in French). It’s a real shame, because The Inugami Clan was an excellent, intriguing read which I thoroughly enjoyed, and I would love to read more by this author.

The set-up, with the dead patriarch, the controversial will, and the resentful family, is straight-up Golden Age. Even the time period, the late 1940s, fits in with this mould. And so I sharpened my deductive claws and tackled the problem posed by the author. It’s a very good and complex problem, and I managed to solve a couple of elements of it, but not the whole thing. I was intuitively suspicious of one thing from the beginning, even though these suspicions seemed ludicrous in the context of the story. My intuitions proved justified, however, and I was delighted at the way Yokomizo managed to swing this feat of trickery without resorting to the usual avenues.

As you can perhaps tell, I’m trying to avoid giving away any major plot details – discovering each layer of the plot is half the fun of the book. So please forgive the vagueness of this review. I enjoyed the atmosphere, the characters, the depiction of the time period, and the window of insight into Japanese culture that The Inugami Clan provided. I really wish more books like this were translated into English – I would love to read them.